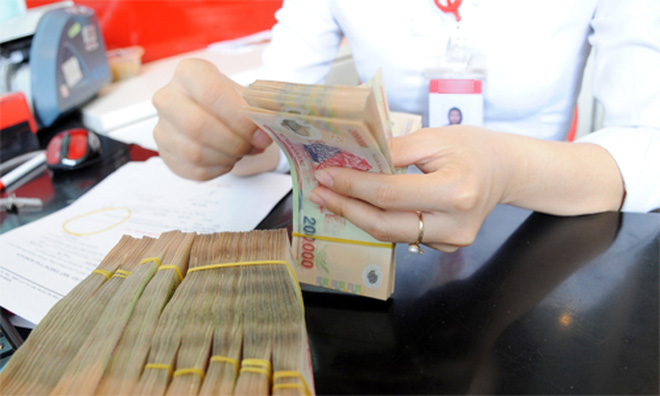 According to the General Statistics Office (GSO), the total capital mobilized by credit institutions by June 20, 2016 had increased by 8.07 percent, nearly double the growth rate of the same period last year.

With such a high growth rate, the total deposits by institutions and individuals at commercial banks had reached VND5,800 trillion.

The figure shows that idle money keeps flowing to banks. The 8 percent growth rate means that an additional amount of VND440 trillion has been deposited at banks in the last six months.

According to Phan Minh Ngoc, a renowned banking expert, it is obvious that deposits have become more attractive in the eyes of investors in comparison with other investment channels as banks have raised deposit interest rates.

Experts earlier this year also recommended people who had idle money to deposit money at banks because this allows them to make a ‘reasonable’ profit, while this is safe investment channel.

Meanwhile, the real estate, gold and stock markets promise higher profits, but there are always high risks with the investments.

Bui Quang Tin from the HCMC Banking University commented that the increase in the capital mobilized by banks can be compared as two sides of a coin. This shows that the profitability of the business fields in the national economy has decreased.

In previous years, the ROE (return on equity) was 20-30 percent on average and businesses could expect the average profit of 8-13 percent after paying bank loan interest rates, estimated at 12-17 percent.

Nowadays, as the ROE has decreased to 15-20 percent, businesses can expect profit of 5-8 percent only in theory.

On the other hand, according to Tin, cash could be in two forms, either in deposits at banks, or at people’s coffers. If people can see the opportunities to earn bigger money than depositing at banks, they would inject money into business, including illegal business, despite the high risks. As many people tend to fear high risks, they ‘put eggs into many baskets’, including banks.

In fact, depositing money is not a bad choice. People still can expect the profit of 3 percent if considering the estimated inflation rate at 4-5 percent.

Though commercial banks now complain that the capital is in excess and it is difficult to find borrowers, they still keep trying to mobilize more capital. With the capital, they not only can lend capital with the margin interest rate of at least 2 percent, but also can buy government bonds to make high profits.