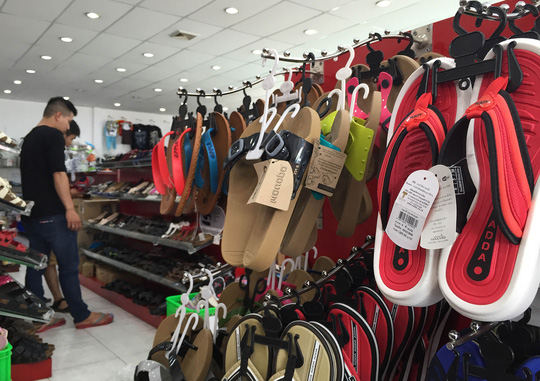 According to the General Department of Customs (GDC), in the first six months of the year, while Vietnam saw a trade surplus, it suffered the trade deficit of $22.68 billion with Asian markets, especially Thailand and Singapore.

Nguyen Thi Minh, an office worker in HCM City, who returned from a business trip in Thailand, said that it was very difficult to find Vietnamese goods at supermarkets there. Meanwhile, Thai and Malaysian goods can be seen everywhere in HCM City.

Exporters admitted that it was not easy to export products to ASEAN, and that their exports to the region have not improved since the AEC establishment.

Tran Thi My Van from CP Acecook Vietnam, said the company’s products were present in 47 countries and territories, but have found it difficult to penetrate the ASEAN market. Cambodia, Laos and Myanmar are the only markets CP Acecook can export products to, but the exports to Cambodia have decreased slightly.

Indonesia is known as the largest instant noodle consumer in the region with 5 billion products consumed a year. However, CP Acecook still cannot find the way to get into the market.

Bui Van Ngo Agricultural Engineering Company has been exporting rice processing machines to Thailand, the Philippines, Cambodia, Indonesia and Malaysia since 1996. However, the orders have become unstable in recent years.

According to director Bui Phong Luu, it is now difficult to sell products to Cambodia, though this is the major export market of the company. In the last 10 years, despite great efforts, Bui Van Ngo still cannot build exclusive distribution networks or open branches in ASEAN countries.

The director of an export company, who asked to be anonymous, said he wanted to protect the company’s domestic market share and was not thinking about exports.

Luong Van Vinh, general director of My Hao Cosmetics, also said My Hao had been exporting products to ASEAN countries, but in small quantities, because the products were less competitive.

“Malaysia, Thailand and Cambodia highly appreciate Vietnamese goods’ quality, but it is not easy to compete with products from other sources in the markets,” Vinh said.

In Thailand, My Hao can sell its products in many localities, but cannot squeeze into Bangkok, where there are many foreign companies.