Naval ship HQ 012-Ly Thai To of Brigade 162 of the Naval Region 4 arrived in Batu Ampar port of Indonesia on August 29, beginning its visit, exchange and joint drill with the Indonesian Navy. 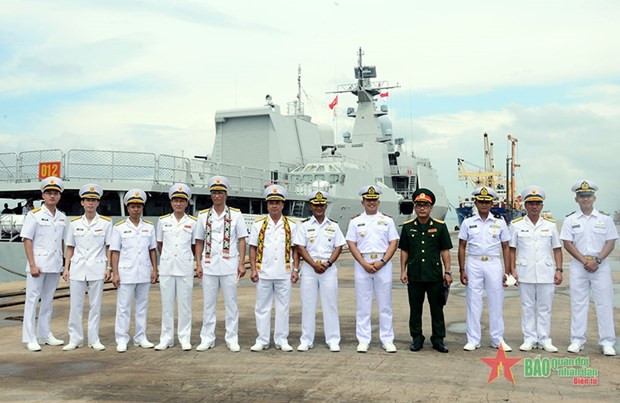 Representatives of the Vietnamese delegation and Indonesia's Navy pose for a group photo (Source: VNA)

To reach the destination, the Vietnamese delegation, headed by Colonel Nguyen Van Ngan, Deputy Chief of Staff of the Naval Region 4, had crossed nearly 750 nautical miles in more than three days.

During the voyage, it conducted a long-distance seafaring training, and practiced command training, combat readiness coordination, and weapon and technical equipment mastery. Aboard the (Photo: qdnd.vn)
At the reception ceremony at Batu Ampar, Colonel Agus Izudin, Deputy Commander of the Indonesian Navy’s Base IV, hoped the visit would leave a good impression on the Vietnamese delegation.

On the same day, Vietnamese naval officers paid a courtesy call on the Mayor of Batam city and Commander of the Indonesian Coast Guard in the West of Indonesia.
Source: VNA