South Korea’s loosened visa policy and sharp tour fee decreases have prompted Vietnamese to register for tours to the country.

According to Korea Tourism Organization (KTO), in 2018, the country received 457,000 Vietnamese travelers, an increase of 41 percent over the year before. With the figure, Vietnam has added itself to South Korea’s fastest growing tourism markets. 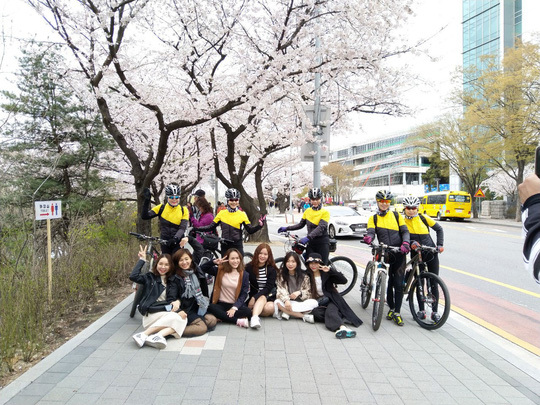 The number of Vietnamese travelers applying for visas to South Korea has soared so sharply that ROK Embassy and General Consulate in Vietnam have become overloaded with work.

The ROK Embassy stated that since April 25, it will receive applications for visas and return results at the visa reception center. The requests for multiple-entry 5-year visas for residents in large cities have also been received at the center.

In HCMC, the ROK General Consulate also put into operation the visa register center at Vietcombank Building in district on May 2, announcing the dossier fee of VND390,000.

Despite the additional fee of VND390,000, travel firms all affirmed they would not raise tour fees to stimulate demand.

Nguoi Lao Dong quoted travel firms as reporting that the number of travelers to South Korea have increased by 30-40 percent compared with the same period last year, while the number of tours departing within one month has doubled.

The same situation has been reported by TST Tour. The number of travelers registering tours for between mid-March and the end of April soared as they wanted to come to South Korea in cherry blossom season.

A senior executive of TST Tour revealed that all the tours with departure days from now to September have been fully booked.

A representative of Saigontourist confirmed that the new visa policy applied by South Korea and the opening of new air routes, which make tours cheaper, have led to sharp rise in tour bookers, especially in the 2019 Lunar New Year and the cherry blossom seasons.

Travel Link’s CEO Tu Quy Khanh confirmed this, saying that one traveler had to pay VND16-17 million to travel South Korea last year, but the fee fell to VND12-13 million. The airfare has decreased significantly thanks to the launch of new air routes. Vietjet opened new routes to South Korea recently.