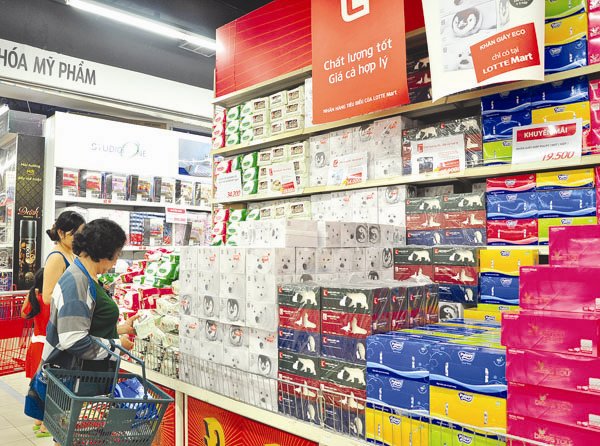 Local newspapers report that The Gioi Di Dong (MWG), the largest mobile device distribution chain, will consult its shareholders about the budget of VND2.5 trillion for the company’s M&A (merger & acquisition) plan. The budget MWG planned some months before was only VND500 billion.

MWG president Nguyen Duc Tai said the huge amount of money will be used to take over home appliance and drug store chains. Sources said that one of the ‘aiming points’ of MWG is Tran Anh chain.

Prior to that, Bloomberg reported that Vingroup, owned by the country's first dollar billionaire Pham Nhat Vuong and Warburg Pincus, the foreign shareholder, are considering offering $600 million worth of shares through an IPO (initial public offering) to promote the business of Vincom Retail.

Vincom Retail is the leading firm in investment and management of retail properties in Vietnam. It runs 40 shopping centers in 21 cities and provinces throughout the country. It has large-scale projects under implementation, including Vincom D' Capitale which has hundreds of thousands of square meters of retail premises.

Foreign retail chains are also racing to increase their presence in Vietnam. The Japanese Aeon Group confirmed it has found a place for its second hypermarket in Hanoi – a 10 hectare land plot in Ha Dong district. Once operational, this would be the biggest shopping mall in Vietnam.

Sources said South Korean Lotte is completing procedures to take over Ciputra Hanoi Mall. The retailer now has one large shopping center on Dao Tan street and four floors at the shopping center at Mipec Tower, No 229 Tay Son street in Hanoi.

The competition to conquer the retail market with 100 million consumers especially heated up after the ASEAN Economic Community (AEC) was formed in late 2015.

In 2016, the market witnessed a breakthrough made by Nguyen Duc Tai. His MWG reported revenue of $2 billion, which helped MWG surpass Saigon Co-op to become No 1 in the retail industry. Encouraged by the big achievements, MWG has announced plans to enter neighboring markets such as Cambodia and Myanmar.

MWG once caused a shock to the public with its plan on opening one supermarket a day. In 2015 alone, the enterprise had 270 new supermarkets. By 2016, its network had more than 1,000 shops.