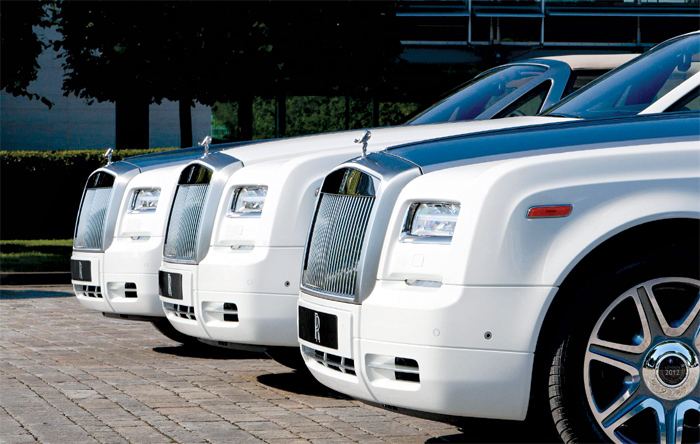 In mid-February 2016, a Rolls Royce Phantom Series II worth VND30 billion ‘made its debut’ in Hanoi. Just one week later, a gilded Rolls Royce Ghost worth VND40 billion began rolling on the street. The car belongs to T&T Group owned by Do Quang Hien, one of the most influential businessmen.

Most recently, a VND25 billion Bentley Mulsanne Speed 2016 was ordered by a Vietnamese. This is believed to be the fastest super-deluxe sedan model now.

In HCM City, three Ferrari of the latest generation worth VND16 billion, not including tax and fee, docked at HCM City ports in the first days of 2016.

In mid-February, Mercedes Benz Vietnam introduced Mercedes-AMG S 65 with the manufacturer’s suggested retail price of VND12.799 billion. And the first product was ordered by a man from HCM City.

The super-car market is very hot now. A representative of Mercedes Benz said the luxury car manufacturer plans to sell 50 MayBach S600s more this year, thus raising the number of customers using the luxury model to 100 in Vietnam. A MayBach S600 is priced at VND10 billion.

The market segment of luxury cars priced at less than VND5 billion proves to be even more bustling. A representative of Toyota Vietnam said it receives tens of orders for Lexus RX 350 every month. Those who place orders now will have to wait and only get deliveries after July 2016, when luxury tax changes. A Lexus RX 350 is not priced at VND3.35 billion.

The most surprising car model is GLC of Mercedes. The model would only be launched in Vietnam this July, while the manufacturer has not made public the retail price and technical indexes.

However, the number of orders has become so big that it would take the manufacturer five months to fulfill the orders. Meanwhile, Mercedes Benz Vietnam can assemble 80 cars of this model every month.

Analysts said though luxury cars with cylinder capacity of 3,000 cubic meters and higher would see prices increasing due to the tax changes, they will still see high sales growth rate in 2016.

A report showed that in 2015, the luxury car market witnessed the high growth rate of over 30 percent, while some brands reported the growth rates of 40-100 percent.

He also noted that the luxury car market remains small, which means that the development potential is still great.