It is a growing tendency that Vietnamese like traveling during Tet holiday instead of staying at home for family reunion. Outbound tours have been chosen for 2014 Tet, despite the economic recession which has forced people to fasten their belt.

VietNamNet Bridge – It is a growing tendency that Vietnamese like traveling during Tet holiday instead of staying at home for family reunion. Outbound tours have been chosen for 2014 Tet, despite the economic recession which has forced people to fasten their belt. 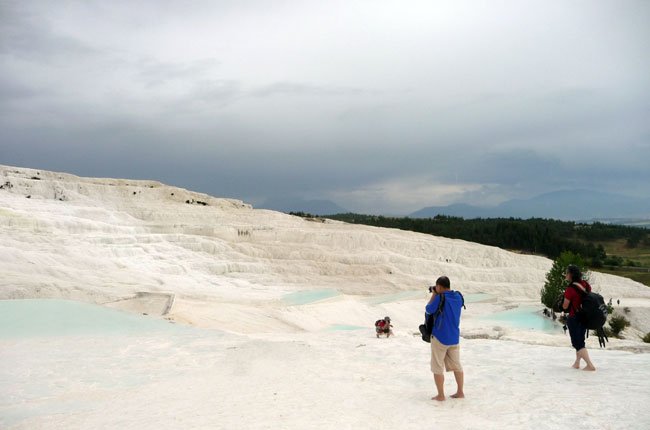 Travel firms have noted that the tours to far and unfamiliar destinations specially attract travelers. Some of the firms do not take booking for the tours to the US, South Korea, South Africa and Europe anymore, because they have got enough travelers.

At Hoan My travel firm, the tours to South America, France, Spain, Portugal, Japan and the US were closed two months before Tet. The number of travelers booking the tours is unexpectedly high, though the tours are very expensive, about VND170 million per traveler, not including other kinds of fee.

Hoan My reportedly serves 400 travelers who have booked the tours which would depart on Tet days.

The firm has also prepared to serve 500 travelers with the short term tours to neighboring countries. However, no sharp increase in the number of travelers to the destinations.

Hoan My’s Director Nguyen The Khai said he is really surprised by the high purchasing power this year. Travel firms were warned before about a gloomy Tet tourism season due to the economic recession. However, in fact, Vietnamese still spend big money on traveling.

Also according to Khai, Hoan My initially planned to serve about 30 travelers with the tour to South America. However, the number of travelers booking the tour turned out to be much higher than expected. The travel firm stopped receiving more travelers just one week after the tour was launched, while more travelers still want to book the tour now.

Cao Pham Hang, Director of VietJet Tours, said the US, South Korea and Singapore prove to be the most wanted destinations this year. Especially, there is no more room in the tours to the US and South Korea.

Tu Quy Thanh, Director of Lien Bang Travelink, said the tours to Japan, Dubai and Taiwan have been selling very well, though they are very expensive. The cheapest one costs VND20 million.

According to Thanh, 90 percent of the seats in the tours have been booked which represents the 100 percent growth rate in comparison with the previous Tet.

A lower growth rate of 20-30 percent has been reported for the tours to nearer destinations such as Singapore, Malaysia and Thailand.

“Especially, the tour to Dubai has attracted so many travelers that the firm has to seek more air tickets to serve them,” he said.

Also according to Thanh, outbound tours this year see higher growth than domestic or inbound tours.

According to La Quoc Khanh, Deputy Director of the HCM City Department of Culture, Sports and Tourism, the number of tourists to the Middle East has been increasing rapidly after Etihad Airways and Emirates Airlines opened the air routes linking HCM City and the Middle East.