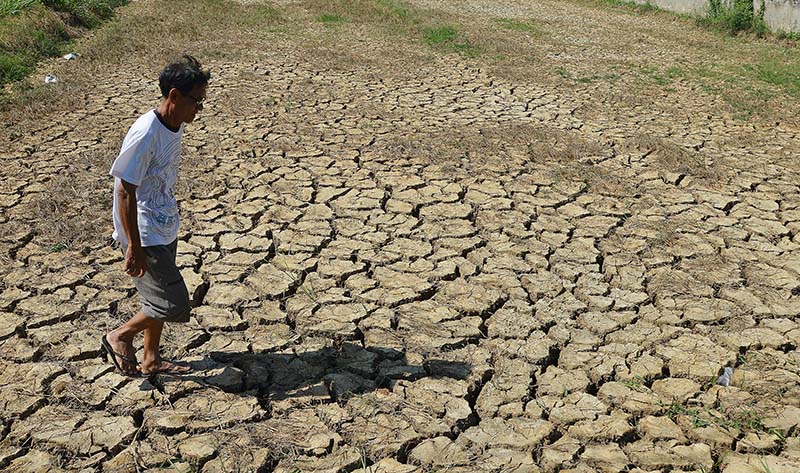 Vietnam for the first time witnessed negative growth rate in agricultural production in the first six months of the year.

According to MARD, the growth rate of agriculture, forestry and fishery decreased by 0.18 percent, or VND397.4 trillion.

This was attributed to the low winter-spring crop’s output, with just 19.4 million, a sharp fall compared with last year.

Dang Kim Son, former head of the Institute for Agriculture & Rural Development Policies, commented that the growth rate of agriculture has shown signs of decline in the last few years.

There have been unfavorable weather conditions. The severe cold in the north caused the death of hundreds of thousands of cows and buffalos in mountainous areas.

Meanwhile, the severe drought in the central region and the saline intrusion in Mekong River Delta led to a much lower crop yield and a shrinking aquaculture area.

“The cultivation land scale in Vietnam is the smallest in the region. Farmers don’t know how to organize production. Agricultural businesses are small and weak. They don’t cooperate with each other and join forces with farmers,” he explained.

He went on to say that tinvestment in agriculture is small, just accounting for 5 percent of total investment capital.

“This is really unreasonable and unfair for agriculture, the sector which makes up 18-20 percent of the country’s GDP, provides 50 percent of jobs and creates 25 percent of  export turnover,” he said, adding that agriculture is the only branch with an excess of exports over imports.

Agricultural production remains unchanged after 30 years of doi moi (renovation). The only new things are some kinds of machines imported from China and Japan.

Meanwhile, farmers still have to struggle to maintain their lives and organize production.

According to Pham Tat Thang, a senior researcher of the Trade Institute, Vietnam wants to export more farm produce to the world market, but it still keeps small-scale organization.

Large-scale production has been organized by TH True Milk, Hoang Anh Gia Lai and Vingroup, conglomerates with powerful financial capability. However, that has been applied only in some projects and by some enterprises, not throughout the country.

Pham Tat Thang, a senior researcher at the Trade Research Institute under the Ministry of Industry and Trade, in an interview to Hai Quan, said agriculture has been the mainstay in stabilising the national economy. But in the past few years, some negative factors have seriously affected the sector’s development, particularly climate change, including the serious salt intrusion in the Mekong Delta and epidemics in animal husbandry.