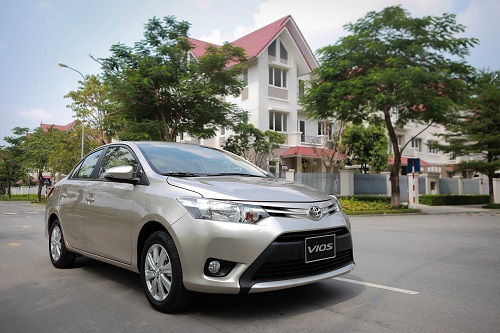 Thailand is leading the region in output with 2 million automobiles made annually. The market buys 800,000 cars and commercial vehicles each year. The second and third positions belong to Indonesia with 1 million products, and Malaysia.

In 2006, 2012 and 2017, the Vietnamese automobile market declined sharply because of changes in policies.

The demand is also still low in Vietnam. A report of the Ministry of Industry and Trade (MOIT) showed that 23 out of every 1,000 people own cars. The figure is 204 in Thailand and 400 at minimum in developed countries.

For many years, the domestic automobile industry has been developing joint ventures with foreign investment. However, the joint ventures only focus on assembling cars, while many of them have shifted to trading cars instead of domestic assembly.

Analysts say Vietnam’s automobile industry is now relying on Vietnamese manufacturers, such as Thaco and Vinfast.

The VND12 trillion factory with the latest automated production line and technology covers an area of 30.3 hectares and has capacity of 100,000 products a year.

Vietnam also puts high hopes on Vinfast, which kicked off construction in 2017, and uses high technology. Vinfast automobile manufacturing complex in Cat Hai Economic Zone in Hai Phong City, which has huge capital of $3.5 billion, is being built to become the leader in South East Asia with capacity of up to 500,000 products a year by 2025.

The underdevelopment of Vietnam’s automobile industry is partly caused by weak supporting industries. Vietnam now has 20 automobile manufacturers and assemblers, but only has 84 first-class vendors and 145 second- and third-class vendors.

The figures are too small compared with other regional countries. Thailand, for example, has 16 manufacturers, but has 700 first-class vendors and 1,700 second- and third-class vendors.