Sixty-three foreign airlines from 25 countries and territories will have 105 international air routes to Vietnam by October 2018, a sharp increase compared with 2016 when there were 78 air routes.

VietNamNet Bridge - Sixty-three foreign airlines from 25 countries and territories will have 105 international air routes to Vietnam by October 2018, a sharp increase compared with 2016 when there were 78 air routes. 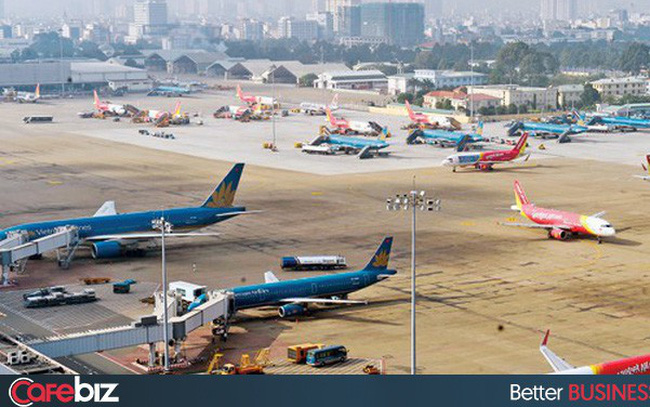 Air carriers have been expanding their air route networks

Nguyen Thanh Binh, who works for a construction company in Go Vap district, HCMC, is from Thach That district in Hanoi. She returns to her home village once a year. Previously, she used to take a train or coach. However, it was inconvenient. It took her three days to travel and she could stay home for two days before returning to HCMC.

In recent years, Binh has travelled by air, because tickets are only slightly higher than rail tickets booked several months before the departure day, VND1.5 million vs VND1 million. It takes only two hours to fly from HCMC to Hanoi.

Vietnam air carriers have been expanding their air route networks and flight frequency. There are 52 domestic air routes linking Hanoi, Da Nang and HCMC and 18 local airports, according to Nguoi Dong Hanh.

As for the international market, 63 foreign airlines provide flights to Vietnam.

The number of foreigners traveling to Vietnam by air has bounced back. According to the General Statistics Office (GSO), in the first nine months of 2017, over 8 million travelers returned to Vietnam by air, a growth rate of 31 percent compared with the same period of 2016, accounting for 80 percent of total foreign travelers.

Boeing estimates that its partners in the region would need 940 wide body aircraft, worth $280 billion in the next 20 years.

Vietnam is a market with a high growth rate thanks to the high GDP growth rates in the last 10 years. The number of passengers traveling domestically has increased by 20 percent and abroad by 7 percent.

The strong rise of Vietnam’s economy has also led to higher demand for traveling to Vietnam. This has prompted foreign airlines to open air routes to Vietnam.

Meanwhile, Edelwiss from Switzerland in late May announced it will officially provide direct flights between Zurich and HCMC, commencing from November 15, 2018.