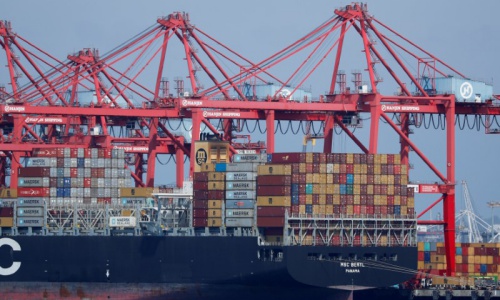 The World Bank’s latest forecast says Vietnam’s GDP may grow by 6.8 percent in 2018, a very slight decrease from the 6.81 percent growth rate in 2017.  Vietnam will still be among the top growing economies in Asia.

In the first six months of the year, Vietnam attracted $16.2 billion worth of FDI, which is an important resource for it to maintain the high growth rate. Of the amount, $6.47 billion was from Japan, $5.1 billion from South Korea and $2.39 billion from Singapore.

There were two highlights about FDI. First, the registered FDI capital increased continuously. Second, the FDI capital flow tended to head for sectors which require high technology content and make products for export.

Analysts believe that more FDI will come to Vietnam in the second half of the year thanks to the EU-Vietnam FTA and CPTPP. The EU was the second largest export market for Vietnam in 2017 which consumed 18.2 percent of Vietnam’s total export turnover.

The CPI, as commented by analysts, shows the stable growth rate of the economy, the improvement in living standards with more high-income earners willing to spend money on goods.

It is expected that the crude oil price would still hover around $68-78 per barrel in 2018, with which Vietnam’s CPI increase in 2018 would be curbed at below 4 percent.

The lending, which grew rapidly in the first months of the year, has begun slowing down. By June 20, the outstanding loans had increased by 6.4 percent, lower than the 7.4 percent growth rate of the same period last year. The VN Index is forecast to reach 1,050-1,100 points by the end of 2018.

Asked about the risks, economists all mentioned the impact of the US-China trade war. According to The Financial Times, Vietnam may be the most vulnerable economy in Southeast Asia in the trade war.

Nikkei Asian Review commented that Vietnam is Southeast Asia’s biggest exporter to the US. Therefore, when the demand from the US decreases, Vietnam will bear the biggest impact.

How will the Vietnam economy be in 2018?