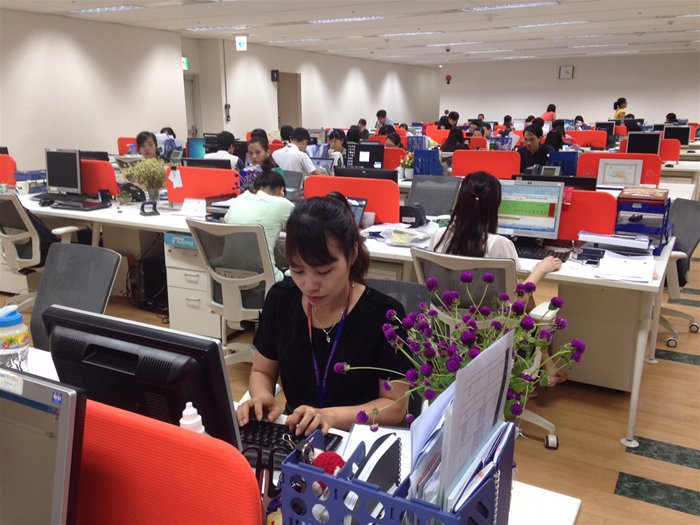 A report of the Vietnam Software Association (Vinasa) showed that the big problems of the world’s and domestic economies led to the decline in the growth of the Vietnamese software industry in 2011-2015.

As such, the total revenue from software and information technology (IT) services increased from $2 billion in 2010 to $3 billion in 2015. The report pointed out that the Vietnamese value content was very high in total revenue, about 90-95 percent.

In recent years there was a sharp increase in the number and scale of the firms which do outsourcing for foreign partners.

Vinasa said that the domestic market was influenced by the national recession.

In the home market, IT firms target two major groups of clients – state-owned agencies and businesses.

Meanwhile, the number of clients from both market segments decreased in recent years because the clients cut budgets for IT services.

The problems in policies relating to procurement and outsourcing services also hindered the development of the market.

A Gartner’s report showed that Vietnam is among the 10 most attractive countries for software outsourcing.

In 2010-2015, Vietnam’s Hanoi and HCMC were named in the top 20 of the list of 100 t destinations for software outsourcing, according to Global Services-Tholons.

In 2013, Vietnam became the second largest partner for Japan in software outsourcing, just after China, according to a Japanese IT promotion agency.

However, analysts have warned that Vietnam’s software industry is facing big challenges for the next development period due to the lack of IT engineers.

From 2011 to 2015, the labor force in the software and digital content industry increased by 10 percent per annum.