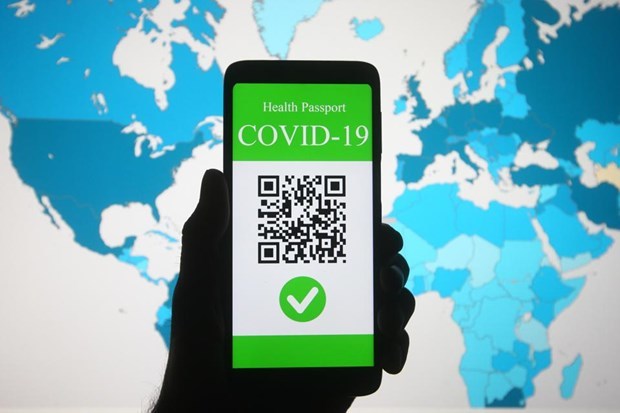 Vietnam’s most powerful body Politburo on June 11 required local authorities to pilot vaccine passports to foreign visitors in some unaffected areas like Phu Quoc Island, one of the country’s most tourist attractions.

So far, Vietnam has not regulated vaccination pass for vaccinated people amid the global popularity. The move was made as part of the effort enabling Vietnam to pursue its twin goal of containing the virus and developing an economy.

Local health experts have warned of some risk relating to the vaccine passport, saying that it still requires the 5K (masking – disinfection – distance – no gathering – medical declaration) principle.

The government of Vietnam some months ago asked the Ministry of Health to consider the relaxation to open the economy. But Deputy Health Minister Tran Van Tuan said at a government meeting in early May that no vaccine has 100% efficacy and the vaccination has yet proved totally safe.

Vaccine passport has been applied in some countries and areas but the World Health Organization (WHO) which called it “immunity” passport has outlined considerations regarding this.

“It does not address the use of certificates for signifying a person’s immune status, which reflects whether a person has developed antibodies in response to SARS-CoV-2 infection; whereas vaccination status reflects only whether someone has received a Covid-19 vaccine,” WHO stated.

At the meeting on June 11, the Politburo required local authorities to make a public Covid-19 vaccination roadmap amid the increasing infections.

The Politburo made the request after the fresh outbreak in Vietnam enters the sixth week with the infections approach 7,000 or two-third of the country’s total caseload since early 2020.

So far, Covid-19 has swept 39 out of 63 cities and provinces nationwide.

To facilitate the inoculation, individuals and organizations are encouraged to join the vaccine import and development to serve the only mission of vaccinating as many people as possible.

The vaccination priority list remains those who are frontline workers, high-risk groups, workers at industrial parks, and children.

As of June 11, more than 1.5 million doses have been administered since the launching of the inoculation on March 8.

To achieve herd immunity, Vietnam needs to inject 70% of adults aged above 18. It means the country needs some 150 million doses. But the challenge facing Vietnam is thin supply.

Minister of Health Nguyen Thanh Long said earlier that the suppliers have pledged to provide 150 million doses this year and early 2022. However, part of the committed volume has no delivery plan yet.

In addition, Politburo asked local authorities to tighten control over illegal immigration and the entry of incoming people to prevent imported risk.