The Vietnamese car market is getting busier in the year-end sale season, when manufacturers rush to lower selling prices to boost sales. However, VinFast is going against the tendency: it has been raising the selling price. 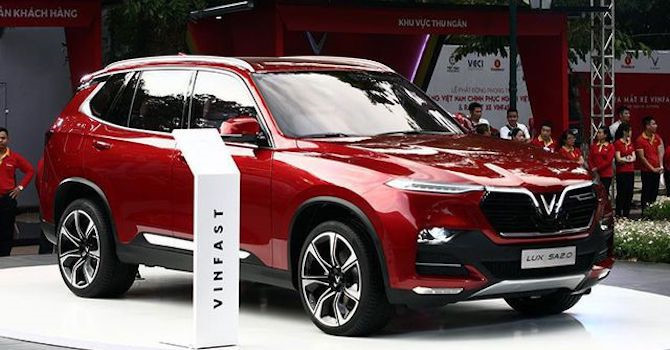 Nguyen Thi Van Anh, deputy CEO of VinFast, admitted that VinFast is going against market practices when raising the selling prices of Lux cars in October and November. However, Anh said the manufacturer just persists in implementing its pricing strategy.

Its pricing strategy is called the ‘three-no strategy’ – no depreciation, no financial costs and no interest.

Anh affirmed that with the current selling prices, VinFast has to subsidize heavily for every car sold. Lux A2.0 standard version has the cost price of VND980.6 million, of which VND783.7 million is the production cost (materials, transport, import tax, production, maintenance, storage, sale and management).

“With the quoted price of VND1.099 billion, we are incurring a loss of VND300 million for every Lux A2.0 sold. Meanwhile, we have to fulfill all tax duties like other manufacturers,” Anh said.

Asked why the price of Lux A2.0 is lower than the price announced by the manufacturer in November 2018 (VND1.5 billion including VAT), Anh said VinFast’s localization ratio has increased, while the production process has been optimized, which cuts costs.

“We will consider the real situation and make reasonable adjustments to ensure benefits for both the manufacturer and customers,” she said.

VinFast made the latest price increase in early November. The price of VinFast Lux A2.0 increased by VND59 million, and Lux SA2.0 by VND65.4 million for all versions.

Prior to that, in September, the manufacturer announced the increase of VND50 million for Lux 2.0 and Lux SA2.0.

After two consecutive price increases, the new selling prices are between VND1.099 billion and VND1.337 billion. Meanwhile, the prices for VinFast Lux SA2.0 are VND1.53 - VND1.814 billion including VAT.

The fact that VinFast exposed its automobile production cost was a big surprise. Analysts commented that very few manufacturers want to reveal their production costs.

Though incurring a loss, VinFast is still moving ahead with its plan to build an automobile industry of Vietnam.

Vingroup, the conglomerate owned by the first recognized dollar billionaire Pham Nhat Vuong, is following its strategy to become a technology – industry – service group, with focus on technology, by 2028.

Vingroup said it will guarantee payments worth VND30 trillion (US$1.3 billion) for the obligations of VinFast Manufacturing and Trading Co., Ltd. related to the issuance of corporate bonds and domestic and foreign loans in the 2019-20 period.