The Vietnam Automobile Manufacturers' Association (VAMA) reported that its member companies sold 19,154 cars in March, an increase of 10 percent over the month before, but a decrease of 40 percent compared with the same period last year. 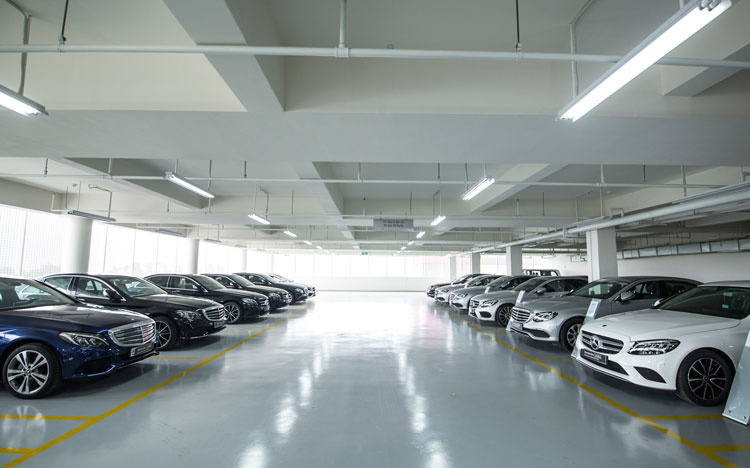 In the first three months of the year, automobile manufacturers sold 50,009 products only, or 33 percent lower than the same period last year.

The sales of cars dropped sharply by 35 percent, commercial vehicles by 26 percent, while specialized vehicles 32 percent, which showed the market purchasing power was at a 5-year low.

According to Toyota Vietnam’s Hoang Thi Nhu Quynh, because of Covid-19, the manufacturer sold 5,143 products in March, down by 44 percent, of which the sales of cars decreased by 42 percent and commercial vehicles 46 percent.

According to the Ministry of Industry and Trade, many tourism, service, entertainment and transport firms have had to scale down or suspend operation. The number of clients coming to sale agents to seek to buy cars and number of newly signed contracts have decreased significantly.

A gloomier business season is ahead for automobile manufacturers. In February and March, manufacturerslaunched new models and ran sale promotion programs, but the sales were very slow compared with the month before.

In April, as car dealers temporarily suspended their business, the revenue goals were unattainable.

An analyst commented that though there are positive signs in the fight against the epidemic, it is difficult to persuade people to spend big money on automobiles. A representative of VAMA said the automobile market in 2020 may see sales drop.

Seven automobile manufacturers suspended their production in early April, which affected their expansion plans. Ford Vietnam, which holds 10 percent of market share, postponed a project on expanding its Hai Duong factory because of Covid-19. It had planned to invest $82 million more to increase the capacity from 14,000 products a year to 40,000 by mid-2020.