Based on what Vinamilk, Nestle and Nutifood are currently doing, analysts believe the three big companies will focus on the mid- and low-end market, especially the takeaway food segment. 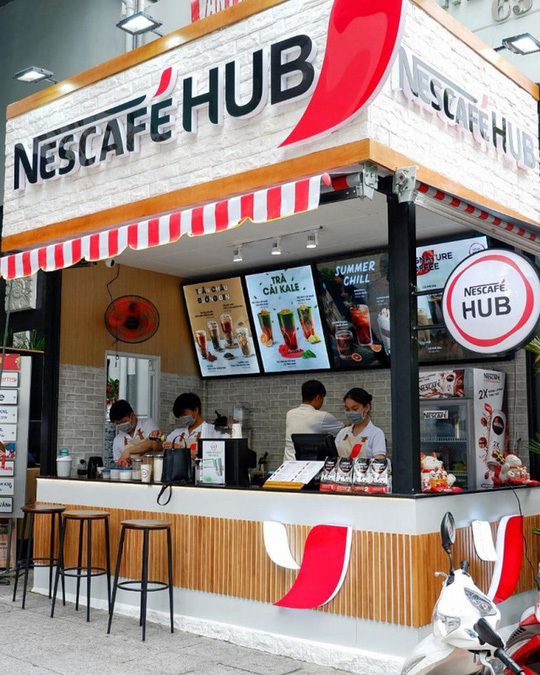 For Nestle, Nescafe Hub is a place where people come and enjoy Nescafe’s products. Vinamilk, the nation’s leading dairy producer, wants to make the third try after two failures in the past. As for Nutifood, the company hasn't concealed its ambitious plan to conquer the instant coffee market.

Nestle has not revealed any plan on Nescafe Hub expansion.

However, analysts believe that with the initial feedback from the market, it is highly possible that Nestle will expand the network products priced at between VND22,000 and VND50,000.

Analysts believe the instant coffee market is getting less attractive because of stiff competition from natural healthy drinks, but it is still a lucrative market.

For many years, the instant coffee market has been the playing field of the three biggest players – Trung Nguyen with G7 brand, Nestle with Nescafe, and Vinacafe with Vinacafe.

Experts predicted that after 2018, the Vietnamese instant coffee market would have value of VND7 trillion a year.

Vinamilk, the nation’s leading dairy producer, failed when attempting to jump into the market in 2005 with Moment instant coffee and in 2009 with Vinamilk Coffee.

Vinamilk has introduced bottled coffee and has changed its distribution strategy: it now sells products through off-trade channels as well as an on-trade channel with the Hi-Café chain.

Analysts say that Ong Bau targets low and moderate income buyers. Ong Bau can be located at any corner in Vietnam. With diversified franchise modes, Ong Bay is expected to expand rapidly.

In the Vietnamese instant coffee market, ‘veterans’ like Trung Nguyen, Vinacafe Bien Hoa and Nestle are holding their firm positions. Their products are similar, but each of them has special characteristics which make them original.