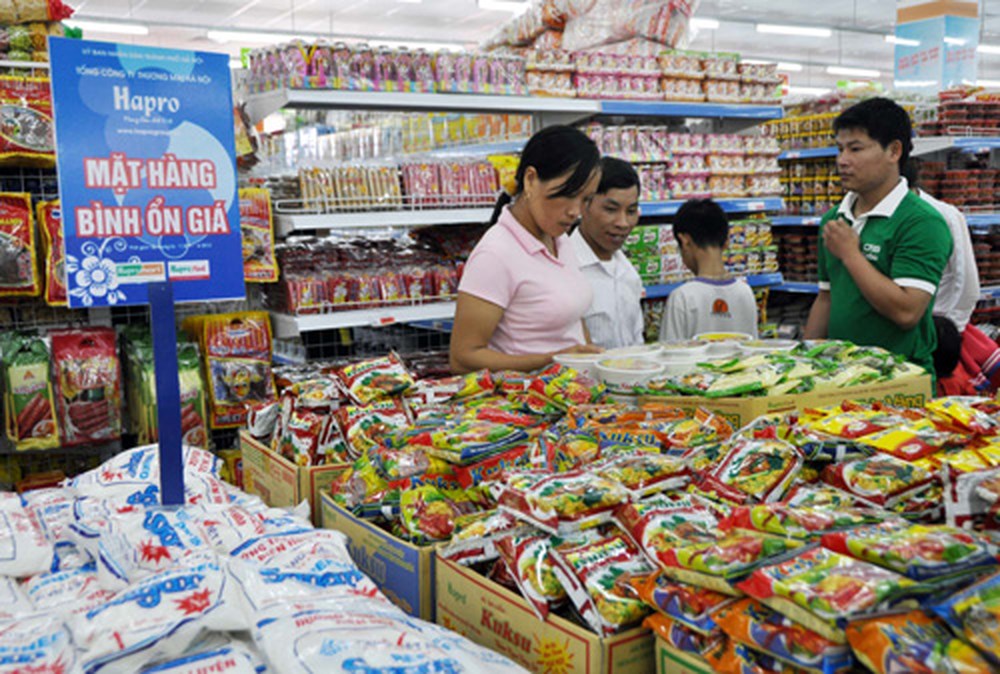 PM Nguyen Xuan Phuc at the July government regular meeting affirmed that curbing inflation is a must to ensure sustainable development, and that Vietnam will not use inflation to lubricate GDP growth.

The warnings about high inflation were given one month ago, when the CPI in the first half of the year increased by 3.29 percent compared with the same period last year.

In July, the CPI, for the first time in the last six years, decreased by 0.09 percent compared with the month before. However, Phuc admitted that risks still exist.


In the Government Office’s notice released on August 2, the Central Price Steering Committee chaired by Deputy PM Vuong Dinh Hue affirmed that the prices of some kinds of goods and services have increased in the last two months because of political, trade and financial uncertainties in the world and some internal factors, not because of macroeconomic policy changes.

The prices of some kinds of goods are predicted to increase in the world market from now to the end of the year, which will put pressure on domestic prices through import/export, and would have an impact on the dong/dollar exchange rate.

The government, vowing to curb the inflation rate at below 4 percent, has requested ministries to accelerate the implementation of measures to force the prices of essential goods and services down, including BOT tolls, medicine and pork prices.

As for petroleum prices, the Ministries of Industry & Trade (MOIT) and Finance (MOF) have been requested to use the Price Stabilization Fund in a flexible way. If the petroleum price in the world market fluctuates heavily, the contribution to the fund would be suspended to focus on stabilizing prices.

MOIT has proposed to delay the increase of the environmental protection rate imposed on petrol, and to maintain stable airfares and electricity prices.

Dai Doan Ket quoted the head of the Central Institute of Economic Management (CIEM) Nguyen Dinh Cung as saying that core inflation is still stable at a low rate. CIEM has come to the conclusion that inflation is not influenced by monetary policies and GDP growth in the first half of the year did not come from monetary policy loosening.

“No need to be too worried about GDP growth. Vietnam should not loosen monetary policies,” Cung said, predicting that GDP growth rate in 2018 may reach 6.71 percent and inflation rate 3.93 percent.