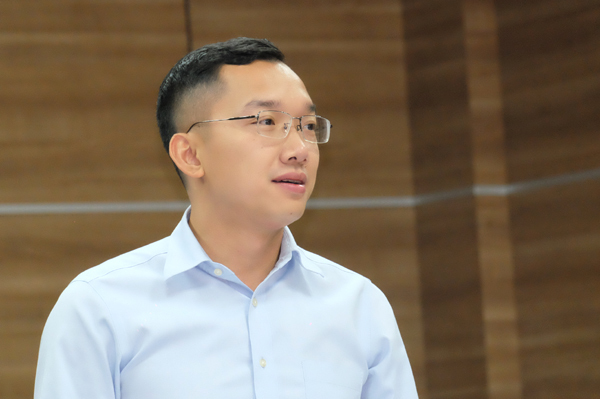 Protecting children in cyberspace is an increasingly burning issue as more and more cases related to the spread of bad and toxic information have been reported, and they have serious consequences.

The PM on June 1 signed Decision 830 approving the program on protecting and supporting children to have healthy and creative interactions on online environments in 2021-2025.

VietNamNet talked to Hoang Minh Tien, Deputy Director of AIS about the future solutions to the problem.

What would you, as the implementer of the program, say about children's use in cyberspace. Has there been any survey on children’s activities in cyberspace in Vietnam, or on the types of information that children search for on social networks?

We have working sessions with many agencies and organizations, Vietnamese and international. We have found that there are more and more cases of children becoming subjects of abuse on cyberspace, both indirect and direct abuse. YouTuber Tho Nguyen last March is an example.

The risks in cyberspace vary, from cheating and stealing personal information to sexual abuse and cyber-bullying.

AIS in 2020 advised MIC on the need to develop such a program.

Are there any laws and regulations stipulating the protection of children in cyberspace?

When building up the program, we found that there is a basic legal framework on protecting children in cyberspace. We have the Law on Children, which includes provisions on protecting children in cyberspace. Following the enactment of the law, in 2017, the Government released Decree 56 that guides the implementation of some provisions on the responsibilities of related parties.

However, it is necessary that those provisions of the law lead to concrete solutions and tasks to be assigned to relevant ministries and branches.

During the process of building the program, we have also found many other issues that need to be studied and developed into legal documents in the future.

Are there any solutions applied by developed countries to protect their children in cyberspace which still could not be done in Vietnam, in terms of laws and children and parent protection agencies?

In developed countries, the problem of child abuse, trading and exploitation has been going on for a long time because the world has been ahead of us in technology development. In Vietnam, the problem has just appeared and if we do not intervene in time, it will become a big social problem.

We have been recommended that the behavior of storing videos and images in which children are subjects of sexual abuse, not just the spreading and disseminating of images, also need to be put into criminal prosecution. In Vietnam there is still no concrete regulation on that behavior.

Which agencies do you think need to take responsibility for this issue?

We believe there is no single agency which can deal with the problem, but this needs the joint efforts of many agencies.

When AIS proposed the launching of the program, we received the active cooperation from Ministry of Education and Training, with the role in educating internet use skills, the Ministry of Public Security, with the role of investigating and handling the behaviors of Labor Law violations, and MOLISA as the agency in charge of children control.

MIC and the ministries play the key role in protecting children in cyberspace. Of these, MIC acts as the focal point which cooperates closely with the other three. There should be close cooperation from other organizations and agencies, including Central Youth Union, Vietnam Women's Union, and the Vietnam Fatherland Front’s Central Committee.

Particularly, we need the cooperation of local authorities.

An NA’s thematic report released in May 2020 showed that Vietnam has 24 million children aged below 16 and 10 percent them cannot go to school. It will be difficult for them to access the programs on educating skills to protect themselves in cyberspace.

Therefore, local authorities will play a very important role in accessing and disseminating the knowledge about possible risks on cyberspace to these children.

Will AIS make any suggestions on technological solutions to implement the task of protecting children in cyberspace more effectively?

We have two suggestions.

This is a technological solution which allows the State to have an overview about the issue. The information will help better classify and handle the complaints. The network will comprise a website address, hotline and email address, to which people and agencies will send information.

The second technological solution is a system that automatically screens and discovers the content that is unreasonable to children, or the content, where children are subjects of abuse.

The world’s leading technology firms in terms of information storage such as Microsoft and Google are pioneering in the field. Images and videos are automatically scanned and censored with AI and Big Data technologies to discover bad content.

We are joining forces with some companies in image recognition and semantic analysis to research and develop a similar technology. We are also negotiating with Microsoft and Google on the right to research and use their technologies as well as the database they have created so far.

We hope that we will get initial results this third quarter.

It seems that the children protection on network environment depends on parents. Do you have any plan to strengthen the supervision over the content of the channels for children?

I think families and parents need to take the biggest responsibility for children protection. The next responsibility belongs to content platform providers such as YouTube, Facebook and TikTok.

After the cases of YouTuber Tho Nguyen on Tik Tok and Timmy TV on YouTube, AIS has recently had working sessions with the representatives of the platforms. We are going to work with Facebook and Google as well.

Immediately after the program was approved on June 1, MIC set up a network on rescuing and protecting children in the internet environment.

The state needs to resolve disputes about social networks by law. This is the solution of a modern society that respects a rule-of-law culture.

How to be smart parents in digital era?

In a rapidly developing world where the internet is often seen a vital tool for educating children, there is a dark side to the world wide web that can cause grief and heartache for parents.