VNEN documents to be developed into official textbooks 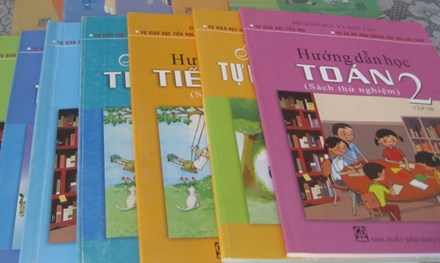 Under the general education reform program, from the 2018-2019 academic year, Vietnam will apply the ‘one curriculum, many sets of textbooks’ policy. VNEN textbooks will be the ones general schools can apply in teaching.

VNEN has been applied at 2,365 primary schools and more than 1,000 secondary schools in 54 provinces and cities in the last three years.

MOET, highly appreciating the new teaching model, said that the number of primary schools voluntarily applying VNEN in reality is two times higher than the number of schools projected to apply the model.

However, MOET decided that the model, which showed initial successes, needs to be used in Vietnam.

Thanh Nien quoted its sources as saying that four sets of textbooks and some other separate books may be published when Vietnam begins implementing the new education program.

However, while MOET insists on the VNEN textbooks, many teachers have expressed their doubts about the feasibility of the application of the textbooks in the new teaching program, saying that the textbooks have weighty content.

According to Nguyen Quynh Trang from the Nam Ha Secondary School in Ha Tinh province, teachers do not have to write lesson plans when teaching in accordance with the VNEN model, because the details about the activities during the lessons can be found in VNEN’s teaching kits.

However, teachers cannot rely on the details to give lessons. They need to find additional information to discuss with students.

Nguyen Thi Van Hong, headmaster of Le Loi Secondary School in Hanoi, said she was worried that VNEN documents may become the official textbooks, because the information provided in the textbooks is too  for students.

Hong said a lot of parents complained that it was difficult to help their children follow the lessons according to the VNEN model. Teachers are told not to prepare lesson plans, but in fact, they have to work hard to do so for every lesson.

“To prepare for some lessons, teachers have to develop long 7-8-page lesson plans. Besides, they also have to prepare teaching aids and experiment tools,” she said.