What does a $9 billion trade surplus mean for Vietnam?

The $9 billion trade surplus helps improve the foreign currency supply and consolidate the current account, but the amount is not entirely praiseworthy in the context of trade war.

According to GDC, in the first 10 months of 2019, total import and export turnover reached $429 billion, an increase of 8 percent compared with the same period last year. Of this, the export value hit $219 billion, up by 8.3 percent, while the import turnover was $210 billion, up by 7.7 percent. 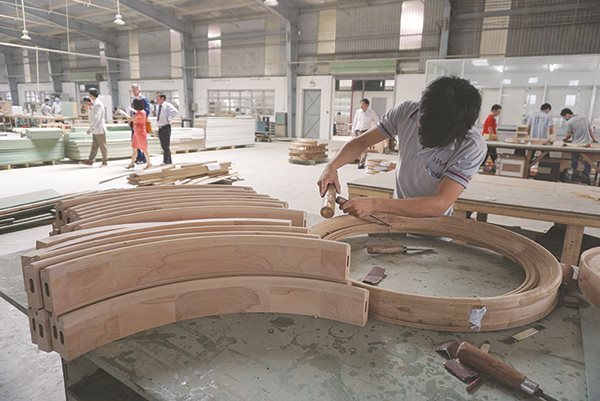 With the high export growth rate, the trade surplus reached $9 billion, the highest level ever.

Le Xuan Sang, deputy head of the Vietnam Economics Institute, said the trade surplus, in the short term, will help stabilize the macro economy, improve the foreign currency supply and consolidate the current balance. However, in the long term, this could be a big problem in the context of trade tensions between China and the US.

Explaining the high trade surplus, Tran Toan Thang from the Centre for Socio-Economic Information and Forecast (NCIF) said the sharp increase in the exports to the US was the major reason behind this.

The total export turnover to the US market in the first 10 months of the year reached $49.9 billion, an increase of 26.6 percent over the same period last year, or four times higher than average export value increase of the whole country, according to the General Statistics Office (GSO).

“Enterprises in short term can take full advantage of the opportunities to boost exports to the US market. However, this could bring risks, as Vietnam may be listed as a currency manipulator,” Thang said.

In a report released last May, the US put Vietnam into the watchlist for currency manipulators as the country met two criteria for consideration 1/ it had trade surplus in the trade with the US and 2/ it had surplus in current balance.

However, the US Treasury Department did not list Vietnam as the currency manipulator.

“In the current conditions, when the Trump’s administration pays high attention to the countries which have high trade surplus with the US, the $9 billion trade surplus seems not to be good news for Vietnam-US trade relation,s” the expert said.

The major export items to the US in the first 10 months of the year included electric wire and cables (up by 252 percent), material plastics (148 percent), non-wood interior furnishings (140 percent), computers, electronics and electronic parts (100 percent), and bamboo-made products (98 percent), according to GDC.

The import/export picture in the first 10 months of the year reflected the strong rise of the private sector. GSO’s figures showed 16.2 percent in exports from the domestic economic sector, which was much higher than the 3.9 percent growth rate of the foreign invested economic sector.

FDI commitments in the January – November period totaled US$31.8 billion, up 3.1% year-on-year.

The neighboring country remained Vietnam’s leading supplier of steel over the last three years, with the quantity and value growing at two-digit growth rates annually.