What does ‘airport overloading’ mean for the economy? 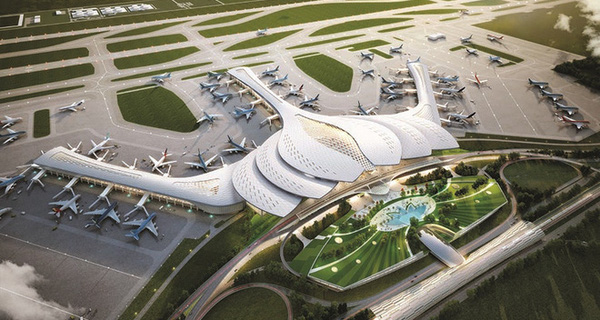 According to Savills, the number of foreign travelers to Vietnam increased by three times in the last decade and witnessed 26 percent growth rate in 2016 compared with the year before.

Meanwhile, airport infrastructure development cannot catch up with the rapid development of the tourism industry. In 2016, about 8.2 million foreign tourists traveled by air, accounting for 80 percent of total travelers.

Many airports in large cities have been overloaded for a long time. The airport in HCMC, for example, has to operate at 130 percent of capacity and Nha Trang Airport at 320 percent.

The Da Nang Airport now runs at 113 percent of capacity though it was upgraded in 2011 to increase the capacity from 4.5 million passengers to 6 million.

Meanwhile, Nha Trang City has been slow with the project on expanding Cam Ranh Airport. However, the expansion project has become out of date: it was planned to receive 2.5 million passengers, while the number of passengers in 2016 reached 4.8 million.

Under a government master development plan, $5.6 billion would be spent by 2020 to develop airport infrastructure items.

Pham Ngoc Minh, CEO of Vietnam Airlines, the nation’s flag air carrier, has complained about the overloading of airports, especially Noi Bai in Hanoi and Tan Son Nhat in HCMC, which seriously affects the operation of air carriers.

At Vinh Airport, there are only four stalls for passengers to check, while seven flights take off or land every day. Since there is no ILS (instrument landing system), airports have to fly to Hanoi and land in Noi Bai Airport in bad weather.

While people complain about the poor infrastructure, Nguyen Thi Phuong Thao, CEO of Vietjet Air, can see the ‘positive sign’ in airport overloading.

“Many people express their concern that the overloading will affect tourism and aviation. While they seem to have excessive worry, I think this is a good sign of economic development,” Thao said, adding that a deserted country is not the sign of development.

Vietnam now has 22 commercial airports, while Singapore only has two.
RELATED NEWS