Digiworld Corporation has embarked on strategic cooperation with Apple, though purchasing power in Vietnam is showing signs of slowdown.

Digiworld on June 24 said it has become an official distributor of Apple’s products in Vietnam. 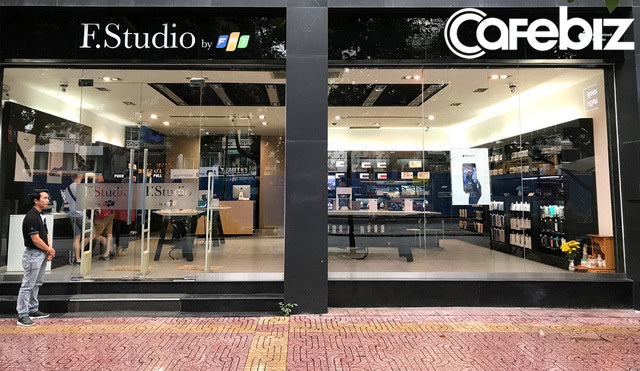 According to Digiworld, it was chosen by Apple because of Digiworld’s comprehensive added value chain, including market analysis, marketing, sale, logistics and post-sale services.

Apple hopes that with the cooperation, it will have opportunities to access more groups of clients and diversify distribution channels.

Explaining the reasons behind the decision, Digiworld said Vietnam is one of the largest smartphone markets in Southeast Asia.

A report from GfK, a market analysis firm, said that Vietnam ranks second in number of products sold, just after Indonesia and above Thailand and Malaysia.

Vietnamese consumers now have better understanding about technology and pricing. They tend to choose products deserving the amounts of money they spend.

Many Vietnamese people, however, buy Apple products indirectly, carried to Vietnam across border gates and through unofficial channels.

Digiworld can see an opportunity in this market segment.

GfK’s report showed that from January to April 2020, Apple held the third largest market share in Vietnam in number of products sold, but ranked second in value. Vietnam is considered a ‘gold mine’ for Apple.

Digiworld wants to directly distribute all products of Apple, including iPhone, iPad to MacBook, Beats, Watch, Apple TV, accessories such as Airpod and Earpod, keyboard, mouse and covers.

Digiworld believes that it can provide products imported directly from the manufacturer at reasonable prices thanks optimizing of operational costs.

Doan Hong Viet, Chief Executive Officer of Digiworld, said he hopes it can sell 50,000 Apple products from now to the end of the year.

However, some analysts doubt the feasibility of Digiworld’s ambitious plan.

Other distributors, including F. Studio of FPT Retail and eDiGi of IPPG, also want to conquer the market segment of products imported to Vietnam through unofficial channels.

At FPT Retail, according to Nguyen Bach Diep, sales of new iPhone versions are not very good and FPT Retail has asked for support from Apple. The distributor decided to postpone its plan to open more F. Studio shops in 2019.

An analyst commented that iPhones, which have had no breakthrough features in recent years, have lost their appeal in Vietnam.

GfK reported that within 12 months, by September 2019, 20.3 million feature and smart phones had been sold in Vietnam.