What will Vietnam gain if it hosts the F1 race? 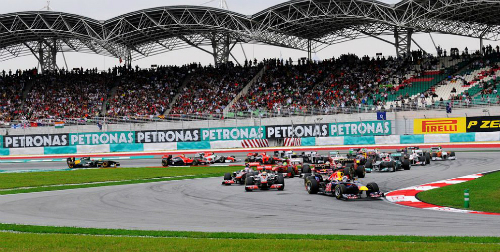 No official statement has been made, but the information that Hanoi will bring the world famous F1 car race to Vietnam has been mentioned by the city’s leaders. Sources said Formula One Group has shown big interest in the plan.

In early 2017, billionaire Bernie Ecclestone revealed that one of his last decisions as chair of Formula One Group was refusing to bring F1 to Vietnam. However, in the reign of Liberty Media and CEO Chase Carey, the plan has been put forward again.

“This is a street race where we can go downtown, where we can activate a large fan base. And you have extraordinary iconography from a television standpoint,” Sean Bratches, F1’s commercial operations director, said in the South China Morning Post (SCMP) in May 2018.

Analysts commented that the success Singapore gains from F1 could be the driving force for Hanoi to apply for hosting F1.

SCMP said Vietnam may have to pay $50-60 million each year to Liberty media for the right to host F1.

Meanwhile, Ly Nguyen Khuong, Southeast Asia Marketing Director of Redbull, a sponsor of some race stages in Europe, said the expenses on infrastructure will also be high.

According to Khuong, it costs $1-1.5 billion to build a racecourse, but it can be used for long term, not only for F1, but also for F2, F3 and motor races. Organizing on roads is not economical.

It costs $600 million each year in Monaco and $400 million in Singapore to upgrade and clear roads for F1. This is because the roads will degrade after the race and cannot meet standards.

There are three sources of revenue from F1 – fee from competition teams, tickets and donations. Khuong said if an admission ticket is sold at $300 like in Hong Kong, the tickets would not be sold on a wide scale.

Regarding sponsors, he said there are not many ‘big names’.

“We have been the sponsor of F1 for many years. We will be a sponsor of F1 Vietnam,” he said “As for Mercedes and BMW, they will have to think carefully about how much they would spend.”

Formula One Race to be held in Hanoi national sports complex

Beautiful, modern Hanoi seen from above