What’s behind the government's $86 billion debt? 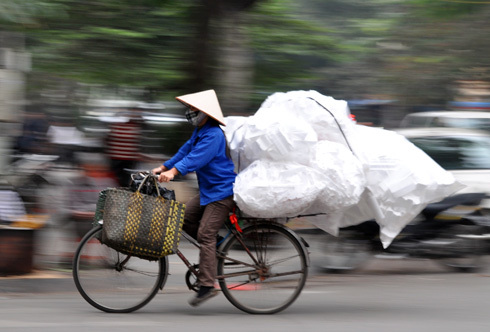 The bulletin released by the Ministry of Finance last week showed that the government’s debt had reached VND1,800 trillion, or $86 billion by the end of 2014.

Prior to that, reports by state management agencies showed that debts by the end of 2015 had reached 50.3 percent of GDP, while the National Assembly decided that the debt must not be higher than 50 percent in 2011-2015.

Regarding the debt structure, in the last five years, the government has shifted from borrowing overseas to borrowing from domestic sources.

By 2014, the borrowing from domestic sources had reached VND1,000 trillion, which according to Tran Dinh Thien, head of the Vietnam Economics Institute, had increased by threefold compared with 2010.

The changes in the debt structure reveal the government’s new policy as the national economy has stepped over the middle-income threshold and foreign debts have reduced.

However, Thien warned that the new policy may put pressure on the government’s debt payment, because domestic loans are mostly short-term.

In 2016, the government plans to borrow VND452 trillion, or $20 billion, an increase of VND16 trillion over 2015. It is estimated that half of the amount would be borrowed through government bond issuance, while the remaining would be from ODA (official development assistance), insurance funds, SCIC (state capital investment corporation) and international bonds.

Reports showed that the budget deficit in 2015 exceeded VND180 trillion, 13 times higher than 2006. The figure was VND83 trillion in the first six months of the year (VND425.600 trillion in receipts and VND508.500 trillion in expenditures).

The Ministry of Planning and Investment said that the current budget revenue was not high enough to cover regular expenses and debt payments which have increased from 50 percent to 65 percent of total expenses in recent years.

Analysts have repeatedly warned about the negative impact the increasingly high public debt may have on the national economy. As the government pays 6-7.8 percent per annum for government bonds, there will be no more capital for businesses.

However, deputy chair of the State Securities Commission Nguyen Thi Lien Hoa thinks that businesses could borrow capital if they have good business plans.