Where has SCIC invested the state’s money? 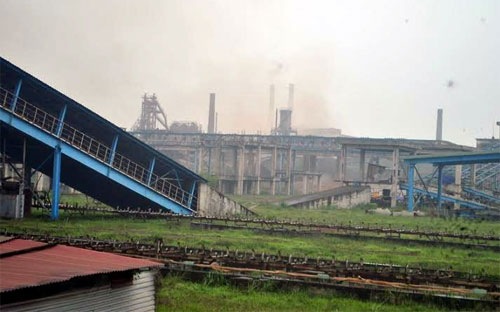 Being a powerful conglomerate, SCIC has set up an ambitious plan for itself – becoming the government’s strategic investor by 2020, becoming the financial group with regional stature by 2030 and serving as an effective instrument for the state to make investments in enterprises to hold the most important business fields of the national economy.

The total investment capital of SCIC is reported as reaching $1 billion.

The investment in TISCO (Thai Nguyen Iron and Steel JS Corporation) shows one of SCIC’s failures in investment.

To date, SCIC has poured VND1 trillion into TISCO’s second investment phase. The project on TISCO’s mill expansion capitalized at VND8.1 trillion has been considered ‘dead’ since 2012.

SCIC, in a recent report to the government, admitted that the project was ineffective when considering the costs and risks once it resumes operation.

“The steel market, in the long term, would meet big difficulties because of oversupply. The efficiency of the project still is not certain,” the SCIC’s report reads.

TISCO, in an effort to save its mill, proposed to the Prime Minister that he approve the exemption of the import tax on the instrument and equipment that serve project implementation, the contractor tax and VAT.

TISCO also asked for remission of the bank loan interest rate for the period when the project halted operation.

MOF has shown its disagreement on the proposal.

Injecting money into Vinaconex (the Vietnam Construction and Import-Export JSC)
is another SCIC unprofitable investment deal.

SCIC holds VND2.5 trillion worth of stake of the corporation, while the share price at times has fallen dramatically on the news that the corporation was experiencing big difficulties.

In mid-2015, SCIC nominated Hoang Nguyen Hoc as the representative of the state’s capital in Vinaconex and put him in the post of Vinaconex’s president. However, Hoc resigned from the post just after four months.

SCIC’s investment portfolio shows that 90 enterprises it has invested in have been taking losses by the end of 2015.

SCIC’s report showed that its investments increased sharply in 2015 with VND8.337 trillion injected into businesses and projects.

One of the most noteworthy projects SCIC targets is one with Vietnam National Television and other partners to develop a TV tower, expected to be the tallest tower in the world.

The project has met with opposition from the public because of the huge investment capital required.