Which provinces have the highest birth rate in Vietnam?

Vietnam currently has 33 provinces with high birth rates, including many economically developed localities.

The Central Highlands, the northern midlands and northern mountainous region have the highest birth rate in the country with 2.43 children, followed by the Red River Delta with 2.35 children, and the northern part of the central region and the central coastal region with 2.32 children. Meanwhile, the rate is only 1.56 children for the eastern part of the southern region and 1.8 for the Mekong Delta. 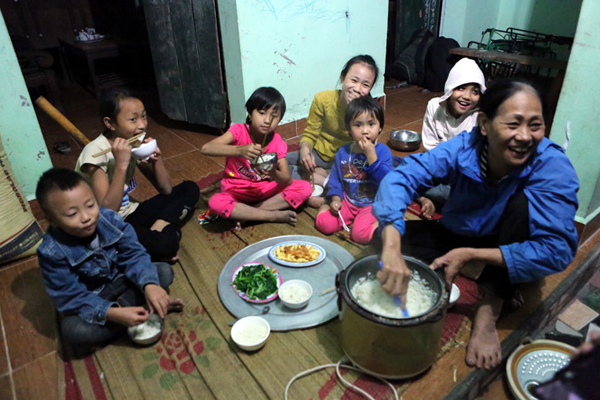 There are 33 provinces and cities (accounting for 42% of the country's population) with high birth rates. Ten years ago, this number was just over 20 provinces.

The Hoa ethnic group has the lowest birth rate (1.53 children/woman), while the three ethnic groups including Xo Dang, Van Kieu and Mong have a birth rate of 3.57, 3.64 and 3.68, respectively. 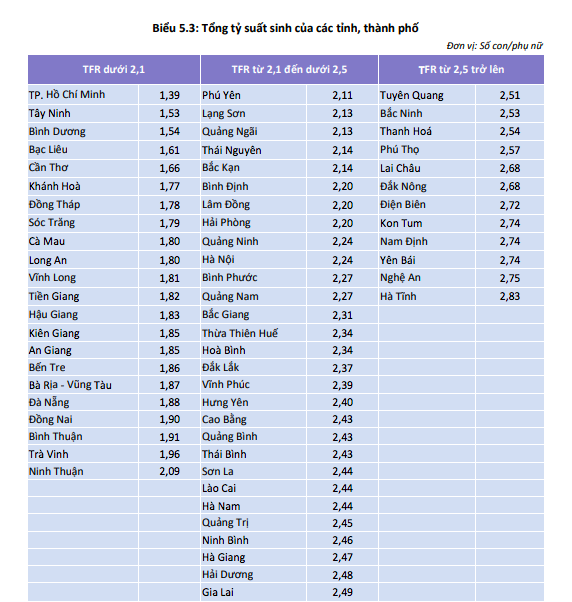 The birth rates of 63 provinces and cities in Vietnam (Source: April 2019 Population and Housing Census)

According to Son, the birth rate has increased in some provinces due to the influence of culture, customs and gender inequality. Many still think that many children will be a workforce and parents will be taken care by their children when they get old. Some wealthy families have many children but this group accounts for a very small proportion. Most of the families with large numbers of children have difficult circumstances.

Another reason, Son explained, is that since 2011, Vietnam has not received free contraception devices from foreign donors. Currently the state only supports contraceptive tools to poor and near-poor households. 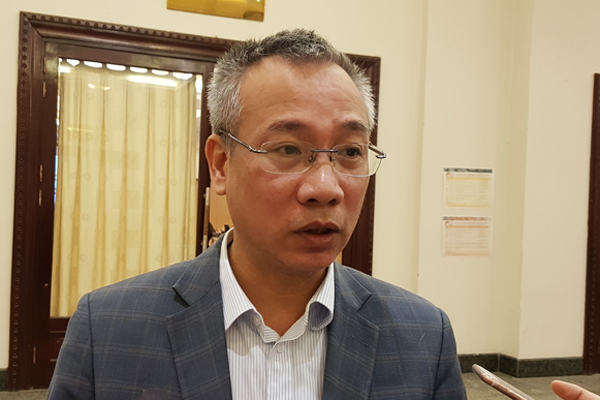 The Ministry of Health is finalizing the Population Law, which revises content and strategies on population in the new period, which is expected to be submitted to the National Assembly by the end of 2022.

Although Vietnam has obtained some achievements in improving the quality of its population, there is still room for improvement, said Do Xuan Tuyen, deputy minister of health.