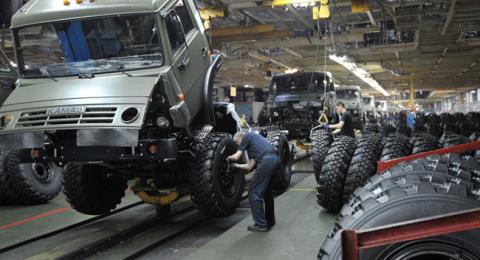 Sputnik on December 8 quoted Sergei Kogoghin, general director of Kamaz, as saying that the automobile manufacturer has decided to continue assembling Kamaz trucks in Vietnam in 2017.


The general director said Kamaz would discuss details of the plan with other shareholders of the assembling factory, which now takes repair work.

On January 1, 2017, Vietnam will begin applying Euro 4 emission standards. Any change would lead to an increase in demand.

The products of the Tatarstan-based manufacturing company have been present in Vietnam for many years.

Vasily Tsyganov, deputy general director of Kamaz, told Sputnik in September 2016 that Vietnam has always been a loyal market for Kamaz.

Sales to the market fell at times due to changes in the two countries’ economic conditions. However, the current exchange rate has helped Kamaz return to Vietnam.

Kamaz, through its distribution partner – New Atlantic – sold 700 products last year and plans to sell 1,000 this year. The manufacturer not only targets Vietnam, but also other regional markets.

Kamaz once set up an assembling workshop in Vietnam many years ago. The workshop still runs, but focuses on making mining equipment and maintaining the machines of Vinacomin, a mining group.

Analysts believe that Kamaz trucks, to be assembled in Vietnam from 2017, will be a formidable rival to Chinese brands.

The names of Chery, BYD, Geely, Lifan and MG have disappeared from the market. Only three Chinese names, Haima, Changan and BAIC, are available, but they are expected to leave soon as they cannot compete with other imports and domestically assembled products.

A report from the General Statistics Office shows that Chinese imports increased sharply in the second half of 2014 and first half of 2015. Dongfeng, Sinotruk, FAW, JAC and Chenglong trucks in Vietnam had a selling price equal to half or two-thirds of prices on imports from South Korea and Japan.


However, sales have been going slowly since early 2016. Vo Van Phung, director of a transport firm in HCMC, said Chinese trucks have a short life expectancy and they would have problems after three to four years of use.

This shows that low prices are no longer the top priority for Vietnamese.