Will there be a new Japanese travel wave to Vietnam?

A number of low-cost air carriers have announced the opening of air routes between Vietnam and Japan, while Japanese travel firms are planning to promote tours to Vietnam, raising hope about a new wave of Japanese travelers.

VietNamNet Bridge - A number of low-cost air carriers have announced the opening of air routes between Vietnam and Japan, while Japanese travel firms are planning to promote tours to Vietnam, raising hope about a new wave of Japanese travelers. 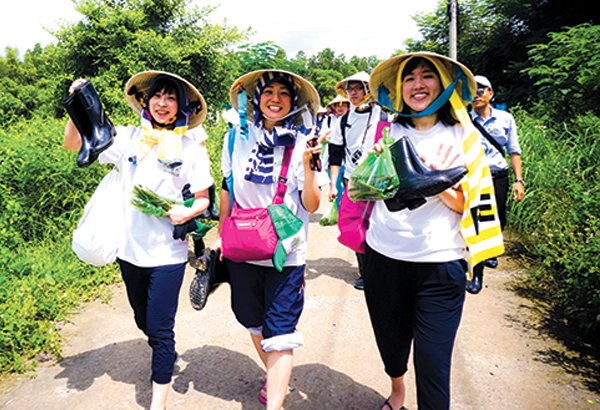 The director of a HCM City-based travel firm said that Japan was one of the best markets for Vietnam tourism, but the number of Japanese travelers on tours had been declining in recent years.

In early 2000s, many Japanese travelers travelled to Vietnam. At that time, the governments of Vietnam and Japan encouraged their citizens to travel to other countries to travel and study. Japanese liked Vietnam’s ao dai (long traditional dress) and food. The transport conditions were favorable with many air routes that linked large cities of Vietnam and Japan.

All of these conditions are still available now, and are even better. However, the number of tourists on tours has decreased.

“The statistics about Japanese travelers still show a rise, but tourists who are clients of travel firms, including ours, have decreased. We still have not found a solution to the problem,” he said.

According to the Vietnam National Administration of Tourism (VNAT), 740,000 travelers came from Japan last year. Japan ranked third, after China and South Korea, in the number of tourists to Vietnam, with Japanese tourists numbering half of the figure from South Korea and 2 million fewer than from China.


Nguyen Van Tan, CEO of JTB-TNT, said the opportunities in early 2000s were missed. “At that time, Vietnam was a new destination for Japanese. However, the new destination of those days has become old and Japanese are no longer curious about Vietnam,” he said. “The travelers who came to Vietnam before don’t want to come back.”

However, travel firms have put high hopes on the bounce back of the Japanese market as air carriers have opened new air routes between Vietnam and Japan. Vietnam Airlines has announced it will open the Hanoi-Osaka route with modern aircrafts, while Jetstar Pacific and Vietjet have also joined the game.

“A holiday for Japanese here lasts three to four days only, so they prefer destinations which they can get direct flights,” he said.

VNAT said over 3.2 million foreign tourists visited Vietnam in the first three months of 2017, representing a year-on-year increase of 29 percent.