Will Vietnam’s fisheries weather the storms in 2017? 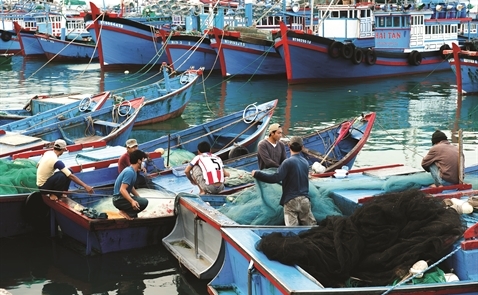 Tra, or catfish, in the early 2000s was considered by Vietnamese farmers and seafood processing companies as the ‘golden fish’ as it brought high profits. However, it is now sometimes called the ‘sinner’ that caused many big seafood companies to go bankrupt.

The farmers who sold fish to the company before have not received payments.


They have heard that Trinh fled to the US with VND80 billion, leaving big unpaid debts, including bank debts. Some sources said banks had disbursed VND231 billion for Thuan An by the day Trinh left.

Thuan An was a company that made seafood by-products (fish powder and fish fat). In 2001, it began making investment in aquaculture and seafood processing for export, building a processing plant in An Giang province.

Experts said that Thuan An cannot take initiative in material supply, but had to rely on collection from farmers.

In 2012, when the catfish price increased sharply, Thuan An encountered difficulties. At that time, Trinh admitted that Thuan An ran at 50 percent of capacity because of material shortage.

More recently, Hung Vuong Seafood JSC, a big player in the field, shocked investors with its loss of VND49.3 billion.

Vinh Hoan JSC hasn't seen orders decreasing or had losses, but it also is having problems in export markets, forcing it to look for new markets.

However, sources said Vinh Hoan may lose a big amount of money as Al-Reda Group For Trading and Development, a company in Egypt, is refusing to pay debt.

Not only catfish exporters, but shrimp companies are also facing big difficulties. Camimex, which was once called ‘Eco-shrimp King’, has also reported losses. The company had incurred the loss of VND51 billion by the end of 2016.

Camimex has been operating in the seafood industry for the last 30 years. It pioneered in Vietnam to farm eco-shrimp with the first projects kicking off in 2000. It has certificates on eco-shrimp from Naturland and IMO.

Cadovimex, a once famous company, has been forced to delist its shares after three consecutive years of taking losses. The other companies, including Viet An, Phuong Nam, Binh An and Thien Ma, have gone bankrupt.