The current FIT applied to wind power stipulated in Decision 39 will expire on November 1, 2021. MOIT has proposed extending it until the end of 2023. 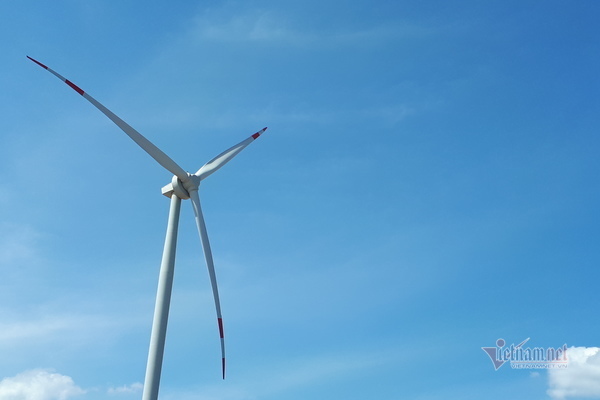 However, the tariffs proposed by MOIT as suggested by German consultants for the period after November 1, 2021 would be much lower than the current
levels.

The FIT for onshore wind power projects from November 2021 to December 2022 would be 7.02 US cents per kwh, and the price would be 6.81 cents per kwh for projects starting operations in 2023.

As for offshore projects, the prices would be 8.47 cents per kwh and 8.21 cent, respectively.

Meanwhile, the investment rate of wind power in Vietnam is low. The risk for investors is still high because of the overloading of transmission lines, affecting investors’ financial plans.

The Binh Thuan Wind and Solar Power Association replied to MOIT’s document about the new FIT the ministry suggested. It commented that the draft FIT is being put forward at a time wind power is facing difficulties in the country.

Ten years after the government set up policies on encouraging the development of wind power, only 12 projects have been put into operation with total capacity of 470 MW, or just 50 percent of the plan (800 MW by 2020), and just 7 percent of solar power capacity.

The Covid-19 pandemic has been slowing down wind power projects, because foreign specialists cannot enter Vietnam, while equipment supply has been disrupted as many factories around the world have had to close.

The association said that the state uses the FIT to regulate the market when the market is too hot. Unlike solar power in early 2019, the procurement signed with wind turbine manufacturers showed that total wind power capacity would reach 2,000 MW by the end of 2021.

But wind power development will not become as hotly developed as solar power in mid-2019, because wind power requires high investment, powerful financial capability, and experience in project management. Besides, it takes a long time to execute wind power projects, around 1-2 years.

According to the association, the input costs to calculate the investment rate of wind power projects did not see big changes when the FIT was set (2018).

The turbine prices are on the decrease, but not as sharply as solar power. The products have become more expensive because of the reduced supply and Covid-19.

It is also not easy to borrow money from foreign sources because many international banks do not accept the provisions in the PPAs (power purchase agreement).

The 24 MW Phu Lac Wind Power project in Binh Thuan province, which became operational in 2016, is the most effective project so far thanks to low capital cost and suitable equipment. However, it has had poor business results.

In the first nine months of the year, the plant reported a loss of VND29.6 billion, and the output was 60 percent of the previous years because of low wind, overloading of the transmission line, and exchange rate fluctuations.

The new FIT proposed by MOIT is not feasible.

If the Prime Minister approves the new FIT, this won’t be the solution to ‘help ease difficulties for renewable energy investors as reported, but will be a new challenge for them. If so, Vietnam won’t be able to attract investors to the field with great potential.

Analysts think that in order to develop wind power in Vietnam commensurate with the potential, it would be better to extend the current FIT until the end of 2022. After 2022, the FIT should be adjusted in accordance with the time and regions.

Investors continue to pour money into solar and wind power projects, but the total capacity of approved renewable energy projects could exceed the transmission line capacity.