Z Gen is the future of global economy

Spending VND13 trillion on food and drinks alone each month, the members of Z generation (Z Gen) in Vietnam are believed to be major consumers in the future.

VietNamNet Bridge - Spending VND13 trillion on food and drinks alone each month, the members of Z generation (Z Gen) in Vietnam are believed to be major consumers in the future. 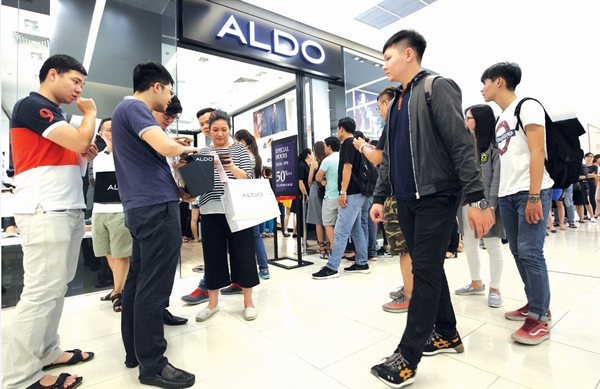 Tri just graduated from RMIT University one year ago, but earns a lot from his 3D app designing.

“I just need to post my products on some websites of the designers’ community. If foreign firms like my products, they will contact me,” he explained.

“Sometimes they buy my products. In other cases, they hired me to develop projects together with them,” he said.

Minh Tri is a member of Z Gen, born in the digital technology era. These people, born in the mid1990s to mid 2000s, are entering the labor and consumer markets.

According to Epinion, Z Gen members don’t receive official salaries, but their average income is $112 a month.

Google started in 1996. Facebook made its debut in 2004, YouTube in 2005 and internet penetrated Vietnam in 1997. As such, the Vietnamese Z Gen witnessed the strong development of internet.

“Therefore, Z Gen can be called iGen, a new generation of users whose behaviors and lives are digitalized in all ways,” commented Nguyen Hai Trieu, CEO of YouNet Media.

Regarding Z Gen’s consumption behaviors, a report of Decision Lab, a market analysis firm, about HCMC market, showed that despite modest income and reliance on parents, Z Gen is still considered the group of customers who are setting new trends in the large cities of Vietnam.

Unlike millennials who like to have major meals at home, many Z Gen members prefer eating out at restaurants. They adapt to fast food quickly. As for drinks, they don’t especially like coffee or alcoholic drinks like the previous generations, but prefer bubble tea.

Belonging to the ‘generation of connections’, Z Gen individuals don’t think they need to go to shops. They prefer online purchases.