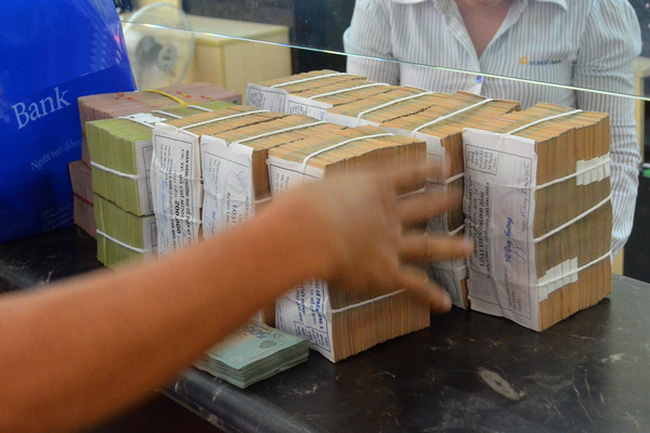 H1 finance reports showed significant improvement in the banks’ business performance in the first six months of the year. SCB was the only bank which reported a decrease of 4.1 percent in profit in comparison with the same period last year, to VND90 billion.

Sacombank had the most impressive growth with the reported profit increasing by 16 times compared to last year’s period, at VND422 billion. VP Bank also caught the investors’ special attention with net profit of VND2.6 trillion and a growth rate of 108 percent. Techcombank ranked third, with profit increasing by 72 percent, reaching VND2.184 trillion.

However, Vietcombank topped the list with profit of VND4.23 trillion, followed by Vietinbank.

In terms of business efficiency, VP Bank led the banking system in the first six months of the year with the average return on charter capital ratio at 26.1 percent. The figures were 24.6 percent for Techcombank, while SCB was at the bottom of the list with 0.6 percent.

Regarding the NPL, an important index that measures bank health, Sacombank is leading with an NPL ratio of 6.8 percent. Southern Bank merged with Sacombank, which has had to take on bad debt from Southern Bank.

Meanwhile, VP Bank reported a bad debt ratio at 2.81 percent. ACB was the bank with the lowest NPL ratio which accounted for 1.1 percent of outstanding loans only.

Analysts noted that private banks have been thriving in recent years, predicting that they would outstrip state-owned banks, which have huge capital and enjoy advantages.

VP Bank, for example, has charter capital just equal to 24 percent of BIDV’s and total assets equal to 29 percent, but its profit was just VND200 billion lower than BIDV’s.

If VP Bank’s current growth rate can be maintained, it may outstrip BIDV by the end of the year and be level with Vietcombank and VietinBank.
RELATED NEWS

Chong Mountain in the northern province of Quang Ninh has become a tourist destination over recent times, with the site attracting many people, especially those who love adventures and exploration.