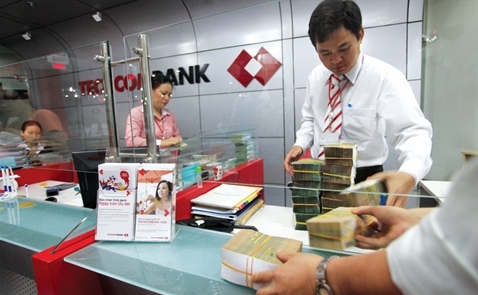 VP Bank has made itself known as the private bank with the highest post-tax profit of over VND4 trillion in 2016. While other prestigious banks are in the downturn, VP Bank has been prospering since 2012.

Analysts have noted big changes in the commercial banks’ tally. However, if considering the total assets, the Military Bank (MBB) is still in the first position, while ACB is in the second, followed by VP Bank.

MBB is one of the outstanding names in the trillion-dong bank club with high stability in making profits.

The two banks have famous strategic shareholders and managers. One of the owners of HD Bank is Nguyen Thi Phuong Thao, CEO of Vietjet Air, while Do Quang Hien and his T&T Group show big interest in state-owned enterprises’ IPOs.

Less-known banks such as VIB and TP Bank have also made great efforts to shine in the market, reporting profit of about VND700 billion.

An analyst commented that in the past, wholesale was the major source of income of banks, but it has become a burden on them. Banks recently have made heavier investments in developing retail banking services.

In case of VP Bank, the bank joined the trillion-dong bank club in 2012, while its profit was around VND650 billion in the years before.

Its report showed that outstanding loans given to household and individual business clients had accounted for 62 percent by the end of 2016.

Meanwhile, FE Credit, its consumer finance credit subsidiary holds 53 percent of the share of the market with the estimated value of $15 billion. It is now a high profit earner for VP Bank.

The analyst commented that there is clear sign showing the banks’ movement towards consumer credit.

Techcombank and SHB have bought financial companies in a plan to push up credit. ACB, which at first planned to set up a new legal entity, has recently announced it is considering buying a consumer finance company.

Techcombank plans to become a ‘one stop shop’ service provider that satisfies all personal financial needs. The bank has pushed up the sale of both banking and insurance services in the last year.

A survey on credit institutions’ business trends by the Department of Statistics and Forecasting show that 85 percent of institutions expect their business situation to improve this year.