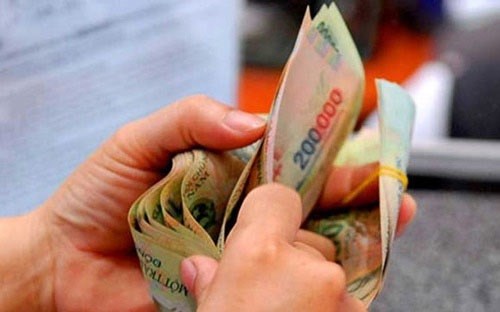 Dang Duc Dam, a renowned economist, former deputy head of the Central Institute for Economic Management (CIEM), said the minimum wage in Vietnam has been increasing steadily by over 12 percent in the last two years. However, the minimum wages are not high enough to cover workers’ basic needs.

Minimum wages are related to living standards, labor productivity and enterprises’ competitiveness. It is a difficult problem to be solved for all countries, including Vietnam.

The Vietnam Labor Federation and business owner representatives argue about the minimum wage increases every year.

While the former insists on raising the minimum wage because the levels are not high enough to cover basic needs, business owners threaten to cut the labor force if the production costs increase because of higher labor costs.

Garment companies’ owners show protest against the minimum wage increase plan partially because of the difficulties they are facing. 2016 has seen the lowest growth rate in the last 10 years with more orders taken by rivals from Bangladesh and Cambodia.

Huong cited a survey of the Vietnam Chamber of Commerce and Industry (VCCI) saying that if the minimum wage increases by 3 percent, 10,000 workers would avoid or have lower social insurance payments in the short term, and 30,000 others.would be affected in the long term.

The workers will still join the labor force, but will be listed in the unofficial labor sector, which does not include social insurance. The figures would be 17,000 (for short term) and 51,000 workers (for long term), if the minimum wage increases by 5 percent.

The ILO’s latest report showed that in Vietnam, 6.6 out of every 100 workers receive salaries lower than the minimum wage.