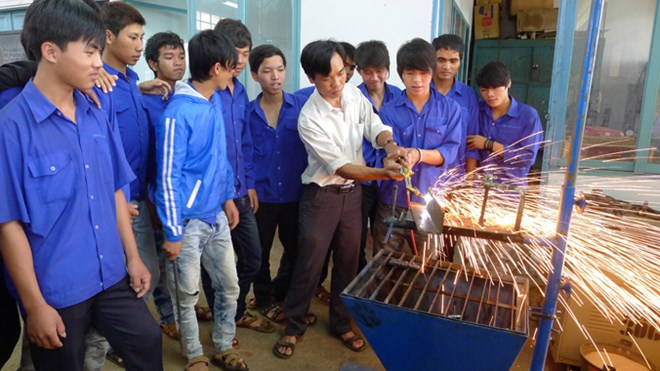 Analysts have warned about the big waste of society’s resources as many graduates, after spending money and time at university, are now returning to vocational school.

Vice Rector of Pasteur Hanoi Junior College of Medicine and Pharmacy Le Hong Khanh said his school now has 1,000 students and 50 percent of them have finished other junior colleges (3-year training) or university (4-5 years), or even have a master’s degree.

These were considered hot jobs in the past, but now have become less popular as there is an oversupply of graduates in the field.

Khanh said that it was too easy to follow university education thanks to the state’s encouragement policy and the establishment of so many universities in the country.

The encouragement policy has helped expand the university education scale rapidly, but this has led to the oversupply of bachelor degree graduates.

As a result of the lower training quality, the number of bachelor’s degree graduates has risen, with many of them forced to return to vocational school in order to find a job.

“This is a big waste of society’s resources and students’ money and time,” he said, adding that MOET needs to reconsider the policy on opening university doors widely to students.

Students have to attend national high school finals and obtain exam scores at least equal to the floor marks set by MOET to be eligible to study at universities.

However, MOET plans to remove the floor mark, which means that doors to universities will be opened even more in the future.

Cao Van Sam, deputy general director of the Vocational Training Department, confirmed that many bachelor’s degree graduates have to attend vocational schools. In industrial zones, the number of workers needed with a bachelor’s degree is only five percent.

Vietnam has 90 million people and 60 million workers. A report from MOLISA said that in 2014, Vietnam had more than 5 million workers with higher education level (7.3 percent), and 200,000 of them were unemployed, or 4 percent.
RELATED NEWS