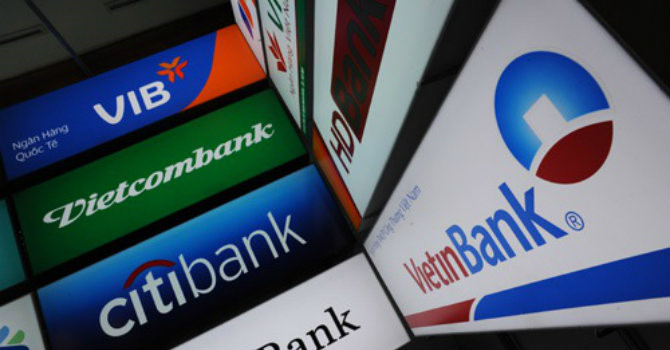 BIDV has reported VND2.277 trillion in pre-tax profit, an increase of 9.6 percent over the last year in the same period, and post-tax profit of VND1.848 trillion.

The sharp increase in banks’ profit was explained by high credit growth.

Thoi Bao Kinh Te Viet Nam commented that the figures showed commercial banks’ heyday has come back. 2011 was the year when banks reached their peak in profit.

However, in that year, banks’ weak points were exposed. An official report released in September 2012 showed that the non-performing loan ratio (NPL) of the Vietnamese banking system reached 17.21 percent. Prior to that, the NPL ratio reported by banks was at a one-digit level.

This means that banks were in their ‘golden days’, but their profit were insubstantial because of the high NPL ratio.

Meanwhile, analysts believe that the banks’ prospects for the time to come is bright with sustainable development, because they will apply international standards in debt classification and corporate governance.

Moody’s Investor Service on May 3 announced the upgrading in credit ratings of eight Vietnamese commercial banks.

Explaining its decision, Moody’s said the ratings of commercial banks are supported by the agency’s better assessment about Vietnam economic performance.

Prior to that, according to Thanh Nien, Moody’s upgraded the Vietnam economic prospect from B1 stable to B1 positive, which shows the government’s higher potential in supporting commercial banks.

Le Duc Tho, CEO of VietinBank, said the upgraded credit ratings for Vietnam and commercial banks showed the policies on macroeconomic reform and business environment improvement had brought encouraging results, while the State Bank’s monetary policies are flexible, which match with other policies, creating a transparent business environment for banks and other firms.

Chong Mountain in the northern province of Quang Ninh has become a tourist destination over recent times, with the site attracting many people, especially those who love adventures and exploration.