VietNamNet Bridge - Many banks have succeeded in scaling up their operation through M&As, but others have taken on new burdens.

VietNamNet Bridge - Many banks have succeeded in scaling up their operation through M&As, but others have taken on new burdens. 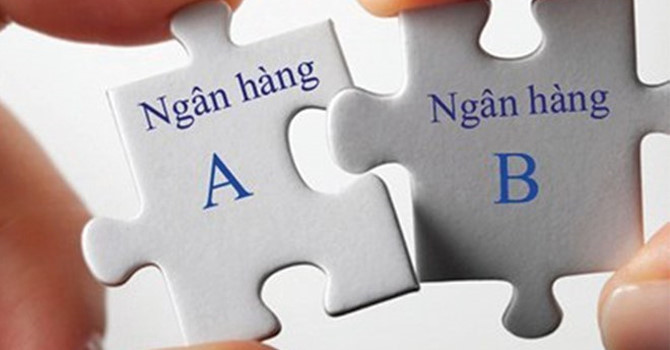 ad a large network with 285 bank points and 13,000 financial transaction points throughout the country, while its charter capital had increased to VND9 trillion.

According to VN Direct Securities, with the admission, HD Bank will have 365 branches/transaction offices instead of 240 and will become the bank with the second largest network among private banks.

PG Bank is providing cash flow management and cash collection services for Petrolimex and 2,100 filling stations throughout the country.

Therefore, the merger will help improve HD Bank’s CASA, raising the ratio from 12.9 percent to 14.7 percent, which will help reduce capital mobilization cost.

After the M&A, BIDV’s total assets have reached VND700 trillion to become the fourth largest bank in Vietnam in terms of total assets.

Meanwhile, its charter capital has increased to over VND34 trillion and the network has expanded with 1,000 transaction points.

Similarly, the number of branches and transaction offices of Maritime Bank has increased from 221 to 300, adding the bank to the top 5 in terms of network and top 3 joint stock banks in terms of charter capital after admitting Mekong Bank in 2015.

With the M&A deal, Maritime Bank’s stockholder equity has increased by 44 percent to VND13.621 trillion.

Losing strength because of bad debts

The chair of one bank commented that there were few voluntary M&A deals, while most deals were made just because the banking sector had to undergo restructuring as initiated by the State Bank, and many deals could not bring the desired effects.

In many cases, banks have to gather strength to deal with bad debts incurred by the banks they admit.

BIDV, Sacombank, Maritime Bank and PVCombank have to spend time and effort to settle bad debts brought by MHB, SouthernBank, Mekong Bank and Western Bank, but the work still has not been completed.

Le Xuan Nghia, a finance expert, said in many M&A deals, large and healthy banks receive small banks with high bad debt ratios. After the merger, the large banks see profit decreasing because they have to make provisions against risks.