VietNamNet Bridge - The prosperity of the stock market in 2017 and the first months of 2018 has helped banks increase accumulated capital.

VietNamNet Bridge - The prosperity of the stock market in 2017 and the first months of 2018 has helped banks increase accumulated capital. 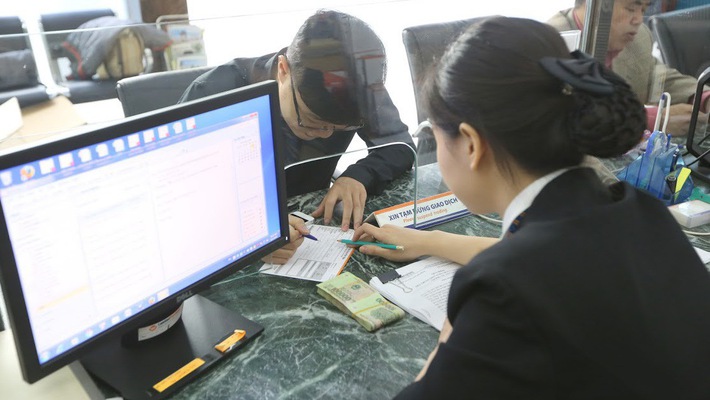 Techcombank on April 26 announced it had completed the sale of 164 million shares, collecting VND21 trillion worth of capital.

The shares went for a good price, VND128,000, a price level that only one bank has reached to date.

The high price of Techcombank shares was a big surprise. Even Vietcombank and Vietinbank in the ‘big four’ and VP Bank have not joined the ‘VND100,000 per share club’.

VP Bank shares still have not bounced back to the VND55,000 per share point and Military Bank shares are traded at VND31,000.

While waiting for technical analysis from securities companies, investors have surmised that Techcombank prices would soar because investors had rushed to collect shares on the eve of the bank’s debut on the bourse, slated for June 4.

Techcombank is considered an odd phenomenon as it has been accumulating profits for eight years and not paying dividends.

Techcombank's wealth can be seen in the size of its stockholder equity which is three times higher than its charter capital. The rich bank had a capital surplus of more than VND8.2 trillion by the end of the first quarter of 2018 and a large amount of treasury stocks. It has undistributed profit of VND13 trillion.

An analyst said that with the record sale worth VND21 trillion, the capital surplus and high stockholder equity, Techcombank may soon be on an even footing with the four largest banks which are all state owned.

Among the big four, the No 1 position belongs to VietinBank, which has great advantages with VND9 trillion worth of capital surplus after equitization, undistributed profit of up to VND11.6 trillion and funds of VND7.5 trillion. VietinBank has VND37.234 trillion, but stockholder equity is VND66.171 trillion.

The common characteristic of the big four is that the state holds the controlling stake. As the dividend paid every year is low, the retained profit is big.

Vietcombank has a very large amount of undistributed profit of over VND12.2 trillion and funds of VND7.253 trillion. Its charter capital is VND36 trillion and stockholder equity VND56.065 trillion.

Nearly all banks make a profit in first quarter