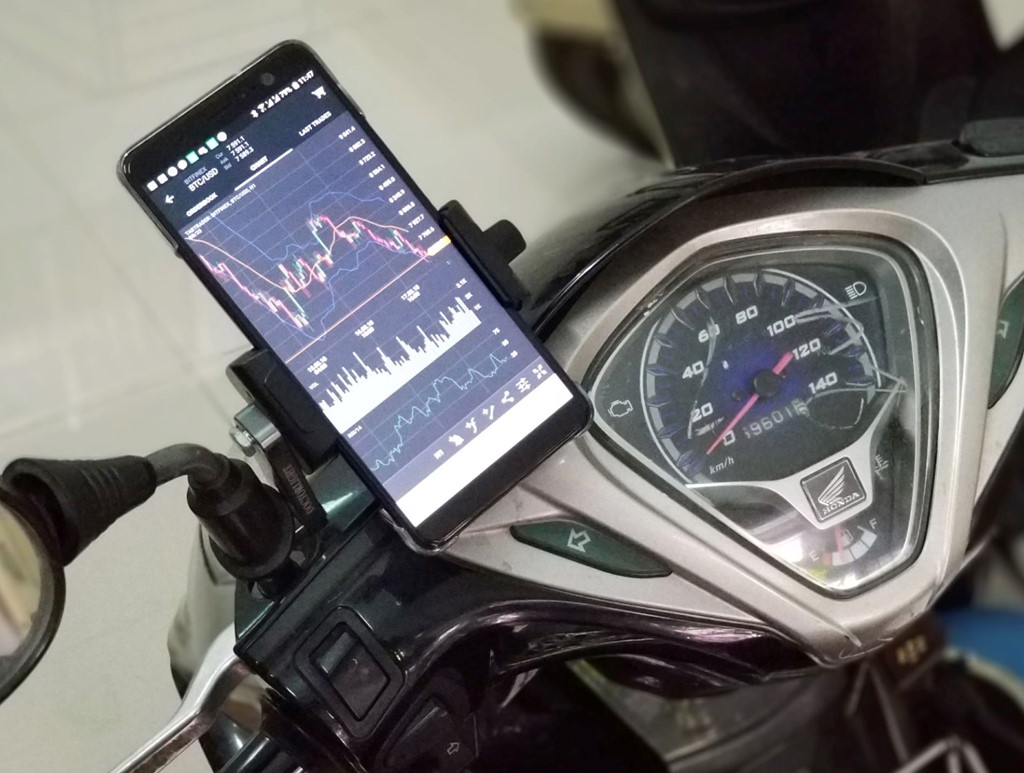 One year ago, when the bitcoin price soared from $1,000 to $20,000, bitcoin investors could pocket big money. ICO projects and cryptocurrency deals then brought fat profits.

Asked about their business performance, some traders said they were ‘going downhill’ and the profit was ‘unsatisfactory’. ‘Unsatisfactory’ means tens of millions of dong a month instead of hundreds of million of dong.

They still believe that blockchain technology will change the face of online payments in the future.

The Dinh, 26, was once an office worker, but he resigned to become a coin trader. Now, besides trading bitcoins, he also builds apps that support cryptocurrency transactions.

Contrary to all predictions that bitcoin investors are upset because bitcoin’s day is over, investors are still optimistic about the fate of the currency.

Dinh and many other people, who left the office to become coin traders, never regretted their resignation decisions.

Dinh said the ‘bubble period’ is over and it is now a new period with stable development. To prove this, Dinh said a lot of projects in Vietnam and overseas are raising funds by issuing tokens.

“Bitcoin price once skyrocketed because of people’s strong faith in cryptocurrency. The faith prompted them to rush to buy bitcoins, which then pushed the price up. Other cryptocurrencies also increased accordingly,” Dinh explained.

“However, like any other kind of goods, the upward path cannot last forever. It’s the right time for cryptocurrencies to return to normal,” he commented.

In the past, the cryptocurrency market took shape on the basis of investors’ expectations. Even when the bitcoin price reached its peak of $19,000 per bitcoin, people continued buying as they believed they would make profit when the price climbed to $40,000 or $100,000.

“However, the expectation was groundless and blind,” Dinh said. “Now, cryptocurrency is developing as a kind of electronic share which can be used for exchange.”

Pham Hien, an investor in district 2, HCMC, shared the same view. “Profits never come in an easy way. This is a serious investment which needs deep knowledge,” he said.

Hien was the owner of an import/export company with monthly income of VND200 million. He gave up the job to become a bitcoin trader.

Another investor, when asked about his current income, said he now earns less money than a year ago, but it is still better than his previous job of $1,000 a month.

Vietnamese rushed to gamble in bitcoin in 2017