VietNamNet Bridge - BKAV Corporation has once again proved that Apple’s Face ID technology is not fully safe and should not be used in business transactions.

VietNamNet Bridge - BKAV Corporation has once again proved that Apple’s Face ID technology is not fully safe and should not be used in business transactions. 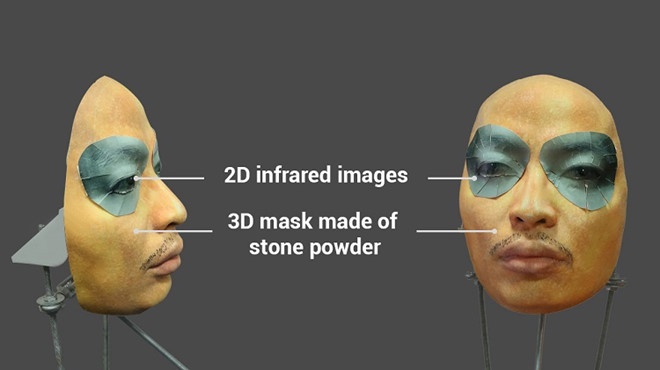 BKAV has proved that Face ID is not fully safe

The news that a Vietnamese firm claimed to have beaten Apple Face ID with an elaborate mask was a hot topic in early November. The mask cost only $200 for parts, not including a 3D printer.

The video showing how BKAV used a constructed face to unlock Face ID spread all over the world. However, many experts were suspicious, while others thought BKAV was doing a ‘profitless thing’.

BKAV was silent amid the criticism and controversy until days ago when it again created a new mask, an ‘artificial twin’, and proved that the face recognition technology was unreliable.

In the latest experiment, BKAV used a 3D mask, made of stone powder with glued 2D images of the eyes, and easily beat iPhone X’s Face ID after the first trial.

When asked about the new material used for the mask, BKAV said stone powder can replace paper tape which was used in the previous experiment to deceive Face ID.

The success of the experiment showed that BKAV’s CEO Nguyen Tu Quang has every reason to doubt the strength of Face ID.

“Apple said they let AI learn more than 1 billion real human faces and the masks created by Hollywood. However, Face ID can only recognize either real or counterfeit faces, and it can be beaten by half real, half counterfeit as BKAV’s mask could,” Quang explained.

In early November, when beating Face ID for the first time, BKAV recommended that VIPs such as national leaders, businesspeople and billionaires should be cautious when using Face ID.

Meanwhile, with the latest experiment, BKAV has raised the alarm to every casual user: Face ID is not secure enough to be used in business transactions.

BKAV’s leaders said in cyber security, this is called ‘proof of concept’, which means a discovery which benefits both hackers and users.

Hackers can exploit the discovery to find new methods of attacks, while users can know about the vulnerability to protect themselves. It is similar to the vulnerability of KRACK – the threat exists, but it is not easily exploited.

Forbes published an article about the latest experiment by BKAV soon after the video about the experiment was released. It said that in the first experiment, BKAV did not show the whole process, therefore, it raised doubts. The recently released clip is more convincing.

Apple, when launching iPhone X, affirmed that there is only a one in a million chance that the wrong face could be used to unlock Face ID.