Blocked by hurdles and pressured by the embargo

VietNamNet Bridge - It was a brilliant period in the post & telecommunication development history with enthusiastic leaders who had spirit of commitment, and who dared to reform, take responsibility and throw themselves in difficulties.

VietNamNet Bridge - “It was a brilliant period in the post & telecommunication development history with enthusiastic leaders who had spirit of commitment, and who dared to reform, take responsibility and throw themselves in difficulties,” said Do Trung Ta, former Minister of Post & Telematics, now the Ministry of Information & Communications, recalling memories about the days of renovating the industry. 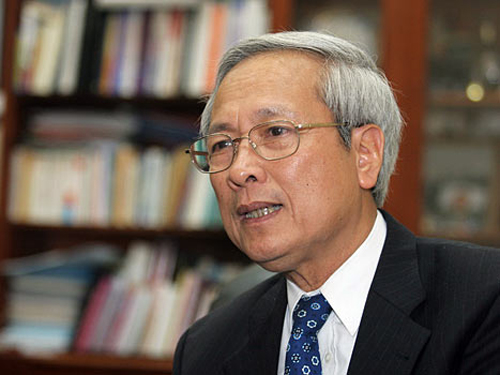 At that time, people had to wait hours to get a connection if they wanted to make a call from Hanoi to Ho Chi Minh City.

Poet Tran Dang Khoa, in his book titled ‘Chuyen ve nguoi Buu Dien’ (the story about a postman), recalled that Dang Van Than, who was the leader of the post & telecommunication industry, then came to the conclusion that if Vietnam hesitated, it would lag behind the telecommunication revolution which was booming at that time.

Than and the industry’s leaders, after discussions, decided that it was necessary to catch up with the revolution with the industry’s strength, not relying on the support and investments from the state. They believed that the only good way for Vietnam was to march towards modern technologies, digitalization, automation and service diversification.

The first expert Than consulted was an Australian man - Graham Davey. After the meeting on Do Son Beach, Than had more reasons to believe that going straight to digital technology was a reasonable strategy.

However, a question aroseabout where Vietnam would get money to develop advanced technologies. The former Soviet Union committed to provide equipment to Vietnam, but this was backward equipment.

The decision to use modern equipment from developed countries was a ‘daring decision’ made by the industry leaders as recalled by Tran Dang Khoa in his book.

The decision was ‘daring’ because it stirred controversy among officials and the public.

“We decided to propose to continue importing poles, UAZ cars and solar cells from Soviet Union, but to buy equipment from other countries,” Ta said.

The second problem was that the proposal to go straight to modern technologies was anticipated to have influences on other industries which had signed contracts with socialist countries. The Ministry of Public Security, for example, had a big contract on radio information equipment.

Than was worried amid the warnings, especially in the context of the scanty budget and the US embargo. Some foreign conglomerates came to meet Vietnamese officials, but they just explored the situation.

Than, who was then strongly insistent on the decision to utilize newtechnologies, decided to approach international technology firms his own way.

The first foreign post conglomerate that Than wanted to meet was from South Korea. In the context of embargo, he went to South Korea with an ordinary passport instead of official passport.

The result of the trip was the promise from the South Korean conglomerate to sell high technologies to Vietnam, get export papers and accept deferred payments.

Than’s trip was a secret. However, many countries still knew about it. Immediately, French Alcatel, German Siemens and Italian Marconi showed their willingness to cooperate with Vietnam.

As such, the daring decision by Than and post & telecommunication leaders served as the launching pad for the industry to develop and gain brilliant success.

The source of income in the future

After that, Vietnam entered a new period – attracting investment and speeding up development. By 1995, Vietnam had digitalized the telecommunication networks to all provinces and cities, while long-distance inter-provincial and international calls had become automatic.

At first, there were only about one hundred million telephone subscribers making calls and text messages. Ten years later, Vietnam had a telecommunication network with the technology equivalent or even more advanced than some other regional countries.

Also in the year, the Prime Minister released the decision on the establishment of the Vietnam Post & Telecommunication Corporation (VNPT), the Saigon Post and Telecommunications Services Corporation and the Military Telecom Company (Viettel), starting the process of forming up a competitive market in Vietnam.

At the conference, Ta, who was then chair of VNPT was impressed by the report of Teltic, the informatics center belonging to Khanh Hoa Post. The report mentioned the application of the wide-area computing network not only to serve management in the production and business inside the industry, but also to provide services to society, using TCP/IP protocol.

In 1996, realizing the necessity to develop informatics, which Ta believed would be the source of income of the post industry and the foundation of the society and economy, Ta organized an informatics conference. The event opened up a new development period, paving the way for the development of applications, especially software and IT apps in post & telecommunication.

Some insiders, when recalling the days, said that telecommunications then helped bring high income, and thus officials in the industries did not think it was necessary to develop informatics and information technology.

However, Ta still decided to give necessary support to technical teams to master technology, upgrade capability and create informatics products to serve society. This would be an important source of revenue for sustainable development of the industry in the future.

Booming IT sector is ‘engine for growth'