Vietnam’s e-commerce saw a 30 percent growth rate from 2016 to 2020, according to the Ministry of Investment and Planning. The country aims to have 55 percent of population shopping online by 2025.

Vo Thi Thu, 71, in Long Bien district, Hanoi, recently experienced shopping online. With the assistance of her daughter, she ordered a machine that makes noodles. 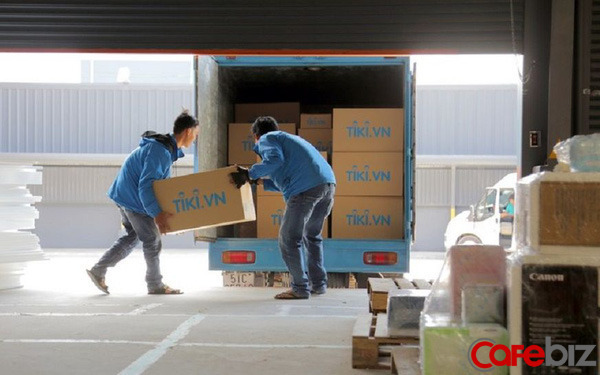 “I was so excited waiting for delivery. I wish I started shopping online sooner. It is really convenient,” she said.

Pham Thi Hoa, 28, has been shopping online for many years. Previously, she mostly ordered make-up online, but since the pandemic broke out, she has been ordering fresh food as well.

“I don’t have to go directly to shops for essential goods,” she said, adding that she now has more time to do housework on weekend.

In the past, Hoa didn’t order fresh food online, because she wanted to select food herself to ensure safety. However, she changed her mind after finding that the quality of online ordered goods was satisfactory.

Thu and Hoa are among thousands of Vietnamese consumers who have changed their shopping habits.

The social distancing policies ' in March and April have led to the changes. People tend to shop online more than previously as they have to restrict travel. Meanwhile, sellers sell online more because of higher demand.

A recent market survey by Ipsos found that Vietnamese consumers have met troubles shopping at supermarkets and traditional stores.

According to the General Statistics Office (GSO), online shopping became more popular in the first half of the year. Despite Covid-19, the retail turnover of enterprises throughout the country increased by 3.4 percent compared with the same period last year.

The sales of food and relevant items saw the sharpest increase, 7 percent.

Realizing the new shopping trend, many retail brands have changed their business strategies. They are paying attention to online sales and seeking new approaches to online shoppers.

Pham Ngoc Dung, deputy chair of the Vietnam E-commerce Association (Vecom), reported that the number of first-time online shoppers has increased by 40 percent during the oandemic. He also believes that the e-commerce market value would rise to $13-15 billion this year.

Cafebiz cited a Vecom survey found that businesses are optimistic about the market expansion. Most of them said they will retain the labor force and organize recruitment campaigns in the last months of the year in anticipation of the development of the market which may be valued at $35 billion by 2025.

E-commerce companies called to account for fake books in circulation

E-commerce companies cannot deny their responsibilities behind the rampage of fake books on their platforms.

Selling goods through live streaming, which has exploded in the Chinese market, has become popular in Southeast Asia, including in Vietnam, reported Nhip Cau Dau Tu (nhipcaudautu.vn).