Since 2017, Vietnam has had an attractive feed-in tariff (FiT) rate of 9.35 US cents per kilowatt hour for grid-connected solar projects. 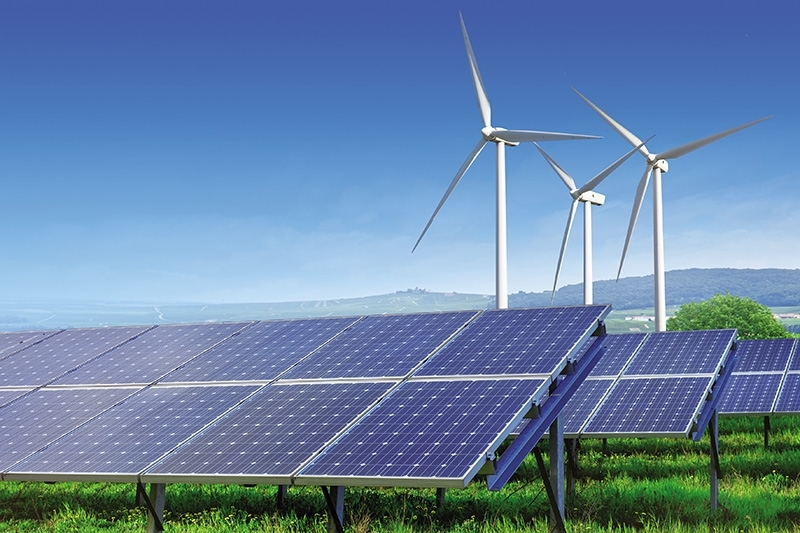 Vietnam is strongly improving the legal framework for renewable energy

As of June 30, which was the deadline for this FiT rate, it was reported by the Ministry of Industry and Trade (MoIT) and Electricity of Vietnam (EVN) that 82 solar power plants with a total installed capacity of 4,464MW were successfully energised and put into operation.

For the next phase, the government has been working on new policies including new FiT regimes, additional rooftop solar power models, corporate/direct power purchase agreement (DPPA); a new guiding regulation on master planning; solar auction mechanisms; and potentially a revised model PPA. Certain work will need to be done to ensure the stability of the legal landscape, thus attracting more investments in the solar power sector.

The selection of an ­appropriate FiT regime to regulate new investment in the solar power sector can be important from a policy perspective.

For rooftop solar, in ­comparison with Decision 11, which focuses only on rooftop solar systems for self-consumption purposes, the new decision would ­recognise the role of third-party power developers for business purposes and, more specifically, set out four ­different models of implementation of rooftop solar, including:

- The power consumption model, whereby the roof owner invests in and installs rooftop solar systems to use/consume a part of the power generated from rooftop systems and sells any excess energy output to the national grid;

-The excess power sale business model, whereby the power developer or the roof owner invests in and installs rooftop solar systems to sell a part of the power generated from rooftop systems to other organisations/individuals and sells any excess energy output to the national grid;

-The entire power sale business model, whereby the power developer or the roof owner invests in and installs rooftop solar systems to sell the entire power output produced from the systems to the national grid; and

-The direct power sale and purchase model, whereby the power developer or the roof owner invests in, installs and sells power from its rooftop solar systems to other individuals and organisations with the exception of EVN without directly utilising the national grid systems.

Apart from the first model, which is essentially the same as the self-consumption model under ­Decision 11, the other three models will allow solar power developers to sell the entire or a portion of power output directly to its clients as power consumers, or EVN, or to both. These models are expected to encourage more rooftop solar power developers to invest in the rooftop solar space in Vietnam.

A key issue which remains is that these rooftop solar models are proposed to apply to rooftop solar systems with an installed capacity of less than one megawatt peak for FiT determination and licensing requirement purposes.

The MoIT’s Circular 36 issued last year on application for power generation licenses for power plants specifies that it applies to a rooftop solar system installed at one location and one connection point. However, the current law is not entirely clear as to how to determine this one MWp threshold.

If a rooftop solar ­developer installs rooftop systems for sub-lessors in an industrial zone, it is quite unclear whether this project will be considered one single project or divided into smaller sub-projects.

This is an issue that the MoIT has yet to fully clarify and, therefore, should take into account when they issue a guiding circular for the new decision and ­circulars amending the grid code regulations and power operation licenses.

Impact of the planning law

Any newly proposed renewable project can only be developed after it has been included in the power development master plan. Before December 31, 2018, the MoIT approved the master plan inclusion for projects up to 50MWp, or proposed to the prime minister to approve projects larger than 50MWp.

Effective from January this year, the Law on Planning provides that the Ministry of Planning and Investment (MPI) is the central agency to assist the government on the state management on master plans in coordination with other ministries and provincial people’s committees.

The Standing Committee of the National Assembly recently issued Resolution No.751/2019/UBTVQH14 to interpret of some articles of the Law on Planning but it is not sufficient to address all the outstanding issues related to master plans to simplify the approval process for newly proposed projects in the master plans. Therefore, the MoIT has proposed to the government to formulate more guidelines to the said resolution specifically to the power and energy sector.

For the master plan in relation to power projects, the MoIT should still take the key role of reviewing, with certain consultation with the other ministries before it can be approved by the prime minister.

Given Resolution 751’s interpretation of Article 59.1(c) of the Law on Planning, allowing for continued adjustments to existing master plans, it may help open a continued room for the government to consider including newly proposed projects into the existing amended Power Development Plan (PDP VII), rather than waiting for a new master plan.

If a newly proposed project wishes to apply for inclusion into the amended PDP VII, a key area to clarify is how much room for the government to approve additional capacity taking into account various factors, from the market status of developing solar projects, schedules of new grid systems investments to energy security and considerations of different power technologies in the power and energy mix in the Vietnam context.

The Vietnamese government is considering some new policies for renewable energy. Among other things, policies that attract the most attention from investors are the DPPA pilot programme and the solar auction model.

The ERAV plans to propose to the leaders of the MoIT and the government at the end of 2019 to review the implementation of a legal framework and a pilot programme on off-site virtual renewables DPPA in 2020.

Regarding the solar auction, general application of a FiT for all solar projects may not be suitable with actual development costs of each project, and will only attract investments in certain regions generating the best profits from this FiT regime.

The government has its plan to organise auctions to select solar developers, which allow investors to propose power sale/purchase prices for their own projects. At the moment, the government is working out the specific auction mechanisms (substation-link model and solar park model) and may start with a pilot auction programme before launching a full programme on a national scale at a later period.

Depending on actual progress, the solar auction may commence upon expiration of the FiT regime.

Finally, following the government’s issuance of the new decision replacing Decision 11, we expect that the MoIT will promulgate more guiding circular on the model PPAs for both grid-connected and rooftop solar power projects.

The current grid code regulations of the MoIT may also need further updates to align with new policies and recent market developments, addressing, among other things, the issues of integration of renewable energy sources into the power system for a more sustainable energy market in Vietnam. VIR

Despite bankability concerns in power purchase agreements, investing in solar power is a new boom in Vietnam as developers, original equipment manufacturers, and contractors rush into the market thanks to the current feed-in tariff.

Solar power not fully exploited because of limited transmission capability

As a country with abundant renewable energy potential, Vietnam will have many benefits when shifting early to develop clean energy.