The multi-billion dollar capital flow which went to India and helped the country build decacorns (startups with value of over $10 billion) and unicorns (over $1 billion) in e-commerce, is now heading for Vietnam.

Tran Hai Linh, CEO of Sendo, at a workshop on e-commerce development and digital economy promotion in Vietnam held days ago, said Vietnam now has great opportunities to attract capital flow for e-commerce. 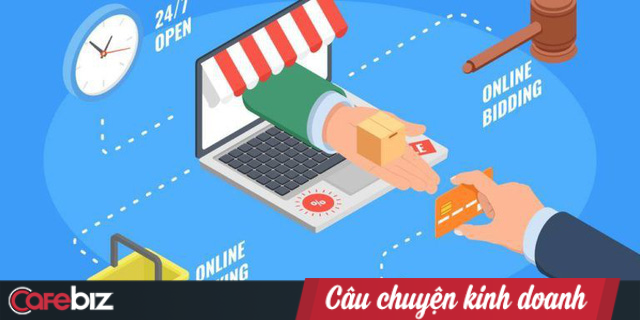 In 2014-2016, investors poured $20 billion into the Indian e-commerce market, helping India build decacorn Flipkart valued at $20 billion. The capital flow also went to Indonesia which helped the country have a unicorn Tokopedia.

“There are signs showing that investors may choose Vietnam as the next destination for their capital,” Linh said.

Asia has been the fastest growing e-commerce market in the world over the last 10 years.

According to the CEO, in 2014-2016, the country which received the most capital was India. In that period, India received $20 billion for the e-commerce market.

Flipkart, the No 1 Indian e-commerce firm, headquartered in Bengaluru, was set up by Sachin Bansal and Binny Bansal in 2007. According to Wikipedia, the company had value of $20 billion by May 2018.

The next destination, after India, was Indonesia, where e-commerce still had not developed. According to Linh, the country has attracted a huge amount of capital, $8 billion, which helped create two unicorns in the e-commerce sector – Tokopedia and Bukalapak. The No 1 company, Tokopedia, was created by an Indonesian.

As of November 2018, the company was valued at $7 billion, according to Bloomberg.

Vietnam, with similar characteristics with Indonesia, also is an attractive destination for investors.

In 2018, Vietnam’s e-commerce firms attracted $889 million worth of investment, with most capital flowing into Tiki and Sendo.

The amount of capital Vietnam has been modest compared with what India and Indonesia have received. However, this, according to Linh, is an encouraging result.

“We think this is tma sign showing that investors have high interest and confidence in the Vietnamese market and highly appreciate the openness of the government,” Linh said.

“One year before, we could only attract $400 million worth of investment, but the figure doubled in 2018. We believe that this is a sign of foreign investors choosing Vietnam as the next destination for their capital in 2019, 2020 and 2021."