Nam Can crab in Ca Mau province is famous for its high quality and delicious taste, while thoi loi fish is a wonderful dish for parties. These are among the many precious specialties available in the Mekong Delta region.

Local people have become familiar with a special guava variety which has has been available in Vietnam for a few years. 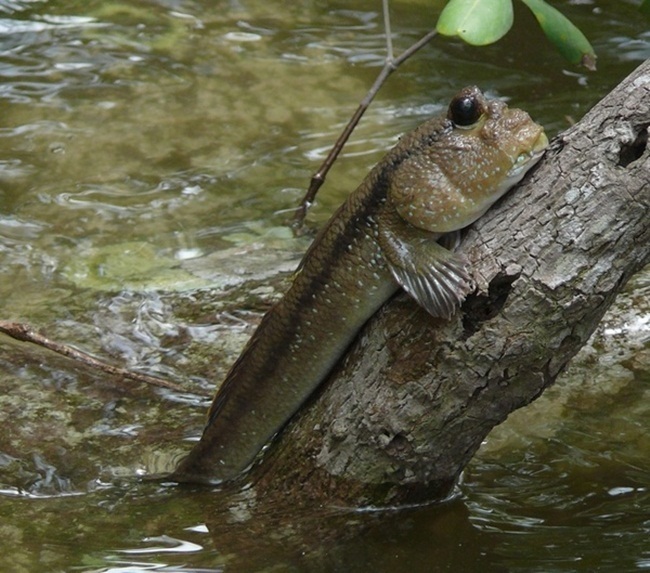 The special feature of the guava is that the stem, leave, root, flower and fruit are all purple. The petals of purple guava are quite similar to those of cherry blossoms, so it is also called "Cherry Guava". The plant can be grown in many different soils, even in brackish and salty soil.

Purple guava plants are delicious and give fruit all year round. They can also be used as ornamental plants, and used to extract essential oils as raw materials to produce environmentally friendly dishwashing liquid.

The coconut is called Adona. It can grow in many different environments, is highly resistant to diseases, and is easy to care of at a low cost.

Unlike other coconut plants, which have fruits high above, Adora coconuts are in low positions which can be easily picked. The shell of the coconut is very thin. Coconut water is abundant and tastes very sweet. Each Adona coconut chamber has 10-20 fruits which have two colors – yellow and orange. The largest fruit can weigh up to 2 kilograms.

Nam Can crab is famous for its high quality and deliciousness. There is an interesting job in the locality – ‘fattening mother crabs’, i.e. producing and providing mother crabs to hatcheries.

Nguyen Van Niem in Nam Can district, who has been doing this job for 15 years, said it is easy but requires carefulness. He needs to choose strong crabs with the weight of 450-600 gram with full roe. Each mother crab carrying eggs can give 1.5-2 million larvae on average and can be sold at VND1-2 million.

The fish that can climb trees

In Vietnam, there is a fish that can both swim in water and crawl on land. It is thoi loi (Periophthalmodon schlosseri).

The fish is called ‘monster’ because it looks ugly. However, it tastes very delicious, and is expensive, VND150,000 per kilogram. A lot of dishes can be made of thoi loi fish, including sour soup and braised fish with pepper.

This special bamboo shoots can be found only in Vung Tau. They spring up in the rainy season, in August-October.

The red bamboo shoots are red, soft, sweet, and not bitter.

A must-try specialty of Hoi An