Tax collections up, but tax revenues from enterprises down

The total collection for the state budget may exceed VND46 trillion may not be good news, because the sources of revenue are uncertain and the collection from enterprises has decreased.

If the total collection exceeds VND46 trillion this year as predicted, this will be the fourth consecutive year the budget revenue has exceeded the estimate. However, many problems exist. 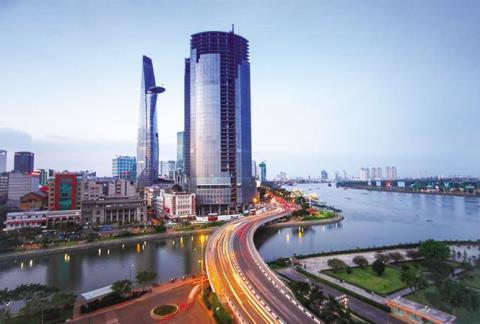 The three economic sectors have seen decreases of 5.9 percent, 4.1 percent and 1.9 percent than planned. The National Assembly’s Finance and Budget Committee estimates that the loss of revenue is roughly VND23 trillion.

This is the third consecutive year Vietnam saw revenue from the sources lower than the estimate, even though the National Assembly earlier this year set a lower target.

Economists pointed out that the Law on Small and Medium Enterprises (SMEs) Support took effect on January 1, 2018, but according to the government’s report, the collection from private enterprises is low, estimated at VND4.5 trillion in 2019, or 1.9 percent lower than estimate.

One of the major reasons behind this is that SMEs are meeting difficulties in production and business.

Meanwhile, the increase in revenue comes from unstable sources of revenue, including collection from granting rights for mining and water natural resources (up by 40.8 percent), from land use (+ 29.9 percent) and from lotteries (6.2 percent).

“Why does revenue from enterprises continue to decrease, while the figures about economic growth are so ‘beautiful’?” said Dinh Son Hung, former deputy head of the HCM City Institute for Development Studies (HIDS).

The economist went on to say that SOEs receive a lot of preferences from the State, especially in exploiting natural resources and minerals, but the revenue from them remains low.

As for the foreign invested economic sector, Hung said this is the most profitable sector thanks to excellent business administration, so he doesn’t believe the revenue from the sector is decreasing.

“It is necessary to find out what is behind the decrease in FIEs’ contribution to the state budget collection, and if this is because of unreasonable tax policies and problems in the source of revenue,” Hung said.

Though revenue from SOEs, FIEs and private enterprises has been decreasing for the last three years, the government has still set a high target of revenue from them for 2020, with increases of 6.3 percent, 11.6 percent and 14.3 percent, respectively, compared with 2019.