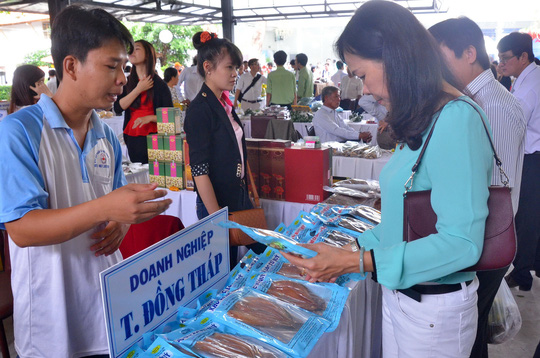 Commenting about the businesses which have to shut down because of losses, Nguyen Dinh Cung, head of the Central Institute of Economic Management (CIEM) said the number of the businesses is ‘worryingly high’.

Cung noted that it is the effort to collect more from taxes to ease the state budget deficit which explains why so many businesses have dissolved.

Vietnamese businesses became weaker after they experienced the difficult periods in 2007-2008 and 2012-2013 because of macroeconomic uncertainties.

Therefore, they now need the strong support from the state to recover and expand business, not pressure created by high taxes and fees.

Le Dang Doanh, a renowned economist, noted that Vietnamese businesses now face the biggest ever difficulties as domestic production costs rise, while the pressure of competition increases in the global integration period.

Doanh denied that business dissolution was a normal phenomenon of the market economy, affirming that the rapid increase in the number of failed businesses was a big problem and it was necessary to find a solution to the problem.

“They need support because they are really facing big difficulties,” Doanh said.

“Many businessmen have told me that still operate because they try to maintain jobs for workers. But in fact, they are in distress and have to struggle hard to compete with Thai and Chinese goods,” Doanh said.

Cung from CIEM noted that the high costs which eat into businesses’ profits have forced businesses to shut down. All expenses have increased, from bank loan interest rates to labor cost to insurance premiums, especially as the State tries different ways to increase budget revenue to cover government spending.

Some new types of taxes and fees have been set, and some expense items considered ‘legal expenses’ in the past are no longer considered so.

Taxation officials and businesses have argued about the environment tax imposed on petroleum products and excise tax.