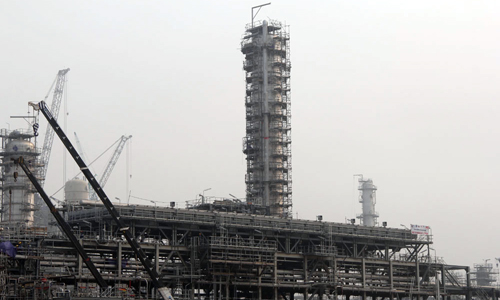 Idemitsu Kosan from Japan and KPI from Kuwait are about to join Vietnam as petroleum product distributors are believed to make big changes in the Vietnamese market, where problems exist because of the lack of competitiveness.

Their distribution of products through a joint venture named Idemitsu Q8 is hoped to spur sales of Nghi Son’s products.

Nghi Son, with investment capital of $9 billion, is expected to be one of the largest oil refineries in South East Asia. Its investors include Idemitsu and KPI, each of which contributes 35.1 percent of capital, PetroVietnam which contributes 25.1 percent, and Mitsui Chemicals 4.7 percent.

The refinery is scheduled to be put into commercial operation by 2017 and put out RON 92 and RON 95 petrol, diesel, kerosene, liquefied petroleum gas, resins, benzene and sulfur.

Nghi Son’s investors can enjoy special investment incentives, including preferential tax rates because it is listed as a key project. More importantly, the national oil & gas group commits to be responsible for consumption of Nghi Son’s products for 15 years.

However, the commitment has worried PetroVietnam. It has been warned that Nghi Son’s products may be uncompetitive in the domestic market because the products may be more expensive than imports which will enjoy the zero import tariff as committed under the free trade agreements (FTAs).

In a report sent to ministries and branches earlier this year, PetroVietnam estimated that if the crude oil price is at $75 per barrel, it would have to spend VND75 trillion a year to pay for preferences offered to Nghi Son.

“It is difficult to sell Nghi Son’s products because the products are less competitive than imports in the home market. Meanwhile, petroleum importers tend to increase the import volume because of the tax cuts,” the report reads.

According to the General Department of Customs (GDC), Vietnamese petroleum enterprises mostly import products from Singapore (1.39 million tons in the first quarter of 2016), and Malaysia (451,000 tons).

Therefore, this would be good news for Nghi Son that Idemitsu and KPI agree to distribute products of the project.