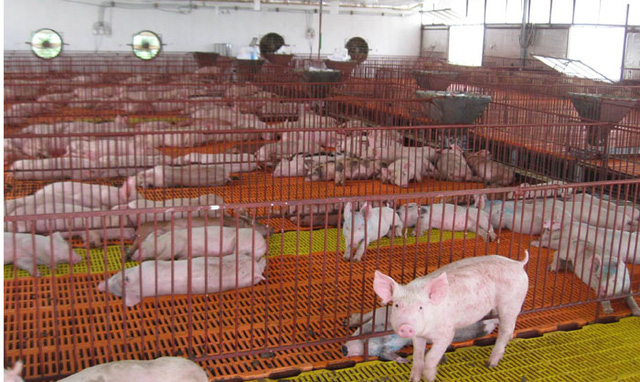 According to GDC, by mid-March, Vietnam had imported 7,800 tons of pork of different kinds, worth $9.4 million. The figure represented a 16 percent increase in quantity and 21 percent in value compared with the same period last year.

The domestic price has also decreased sharply. Farmers now can sell pork at only VND25,000 per kilo of live weight.

Nguyen Thi Nguyen, a farmer in Nam Dinh, said she sold a herd of 40 pigs at a loss of VND40 million. She said she was lucky finding merchants who paid VND24,000 per kilo. Meanwhile, other farmers could sell at VND22,000 only.

“I have never seen the pork price decreasing so dramatically in the last 30 years,” she said. “One kilo of pork is even cheaper than one kilo of Chinese apple which is sold at VND30,000 per kilo in rural areas."

Tong Xuan Chinh, deputy director of the Livestock Department, said at the Ministry of Agriculture and Rural Development’s (MARD) regular meeting, that meat and egg prices are falling because of oversupply.

Chinh said that one of the reasons is the overdevelopment of animal feed production.

MARD is negotiating with Chinese agencies on Vietnam’s pork exports through official channels.