Vietnam’s economic growth this year can reach up to 6.9% in the best-case scenario, the Central Institute for Economic Management (CIEM) announced during a workshop on July 15 to launch a report on Vietnam’s economy in the first half of 2022. 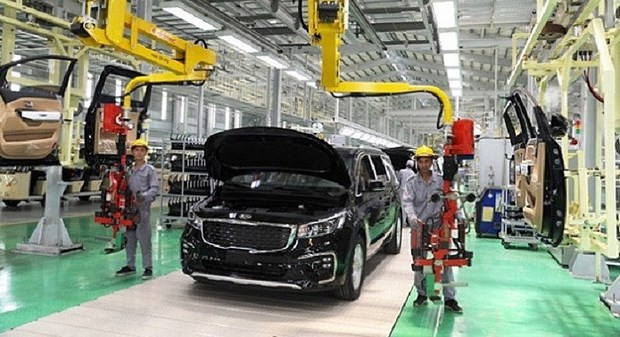 Vietnam’s economic growth this year can reach up to 6.9% in the best-case scenario, the Central Institute for Economic Management (CIEM) announced during a Hanoi workshop organised on July 15 to launch a report on Vietnam’s economy in the first half of 2022.

It is close to the government’s projected GDP growth of 7% for 2022. In the best-case scenario, CIEM economists forecast the country’s inflation will average 3.7%, exports grow 16.3% and trade surplus stands around 2.7 billion USD, the report said.

The base scenario anticipates the economy to expand 6.7% and inflation to hit the expected level of 4%. Additionally, exports will be likely to rise 15.8% and trade surplus to total 1.2 billion USD.

The CIEM also outlined several factors affecting Vietnam’s economic outlook in the second half of the year, which include the ability to stem the spread of new COVID-19 variants and other diseases, the fulfillment of tasks of the national programme on socio-economic recovery and development, and macro-economic stability.

Other factors, such as the ability to diversify export markets, capitalize on opportunities from free trade agreements Vietnam is signatory to, and handle risks associated with trade and technology confrontation between the world’s superpowers, are also critical to the country’s growth prospect, according to the CIEM.

Nguyen Anh Duong, a senior official from CIEM, sad the most important thing is to keep inflation under control. CIEM Director Tran Thi Hong Minh said CIEM recommends the government to accelerate reforms while boosting post-pandemic economy recovery, in a bid to ease inflationary pressure and provide more room for enterprises to develop.